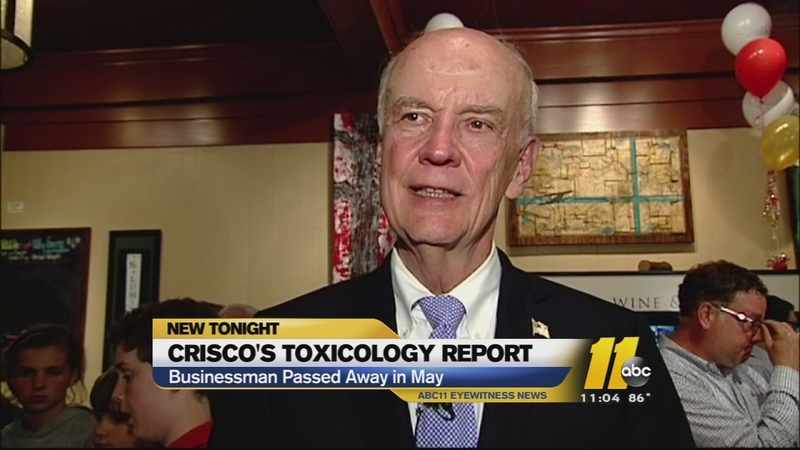 ASHEBORO, N.C. (WTVD) -- New information has been released about the passing of Keith Crisco.

It is now known there was no trace of drugs or alcohol in Crisco's blood at the time of death.

The businessman died in May after falling outside his Randolph County home.

The toxicology report was released Tuesday.

Crisco was running for the Democratic nomination in the Second Congressional District but trailed Clay Aiken.

Aiken is now running against the Republican incumbent Renee Ellmers.