Living While Black: Kerwin Pittman's journey from prison to pushing for progress 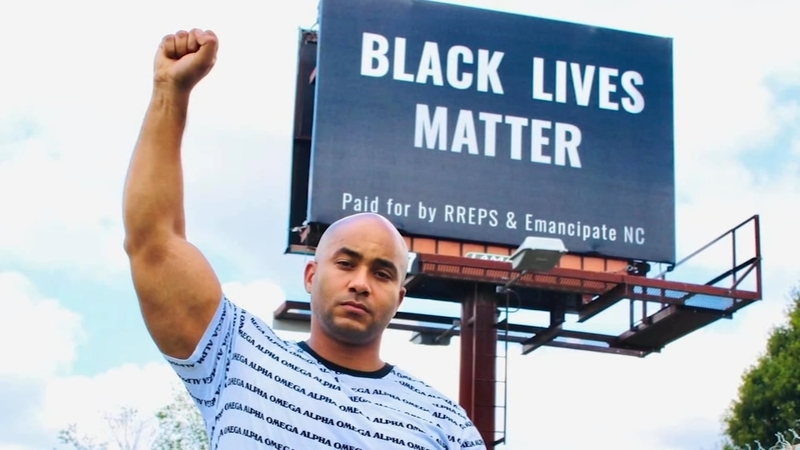 RALEIGH (WTVD) -- It's a complicated relationship in Raleigh between many Black citizens and the police force. Officers patrol streets, sworn to protect and serve, but many Black Raleigh-ites grew up suspicious of whether police were serving every community in an equitable way.

On the streets just east of downtown tucked between Oakwood and New Bern Avenues, where crime is down and real estate values up, Kerwin Pittman remembers it how it used to be - growing up here as boy in the late 1990's.

"That was the era of the war on drugs," Pittman said. "Every night it was something, something happened. It was heavily policed."

Our life bonds are built and can be broken as children. Pittman thinks his relationship with law enforcement was severed as a youth; Living in an over-policed community with constant surveillance and where Black children were treated as criminals.

"We would get chased (by police officers) for cutting through the park. So it was small stuff like that -- that kind of reinforced they're not here to protect us," he said. "I now can realize and know that I was being criminalized as a young child."

He says by his late teens the bad influences from the streets and the bad expectations from police had all taken hold.

"At one point in time, I did sell drugs. I did join a gang. All the above," Pittman acknowledged.

Prison was the tipping point. Pittman served 11 years for conspiracy to commit murder. He was released at age 30 on good behavior. He now spends every day of his new freedom, as a social justice warrior -- advocating for change.

Living While Black: Kerwin Pittman’s road to redemption leads to his new role as a warrior for police reform and social justice.
• • •
“I find myself coming back and helping to rebuild the same community I once helped tear down.”#OurAmerica streaming now on #ABC11 NC app pic.twitter.com/OvNsi6biBV

"To combat structural racism when it comes to policing. I can actually put the words and terms to it now that I'm a grown man and see what was happening to me as a boy," he said.

Pittman's activism work is getting noticed. Over the spring, he was tapped by Governor Roy Cooper to serve on a new racial equity task force. His working group meets once a week to reimagine policing -- from the rules on use of force to if does more harm than good to have police patrolling schools.

"The community is at a point where if you're not bringing action and you're not making atonement for what you've done -- than we're not trying to talk," Pittman said. "And we're gonna be leaning heavily on different legislators to reinforce these recommendations and policy changes and policy shifts."

And as he works toward more accountability from police, he's doing the same for himself.