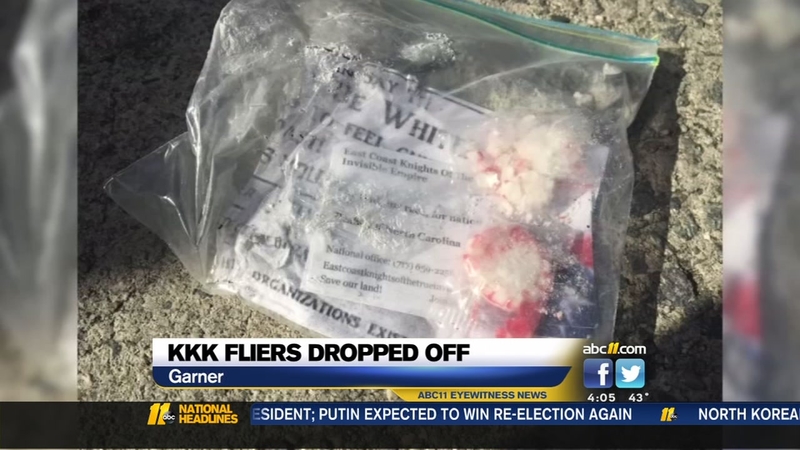 GARNER, North Carolina (WTVD) -- Plastic bags with rocks, candy, and fliers with a headline that read "East Coast Knights of the True Invisible Empire" were found in driveways in one Garner neighborhood.

The group appears to be a chapter of the Ku Klux Klan.

Many of the fliers were found on Christmas Eve with an overall message of "white pride doesn't mean hate."

Several neighbors, from several cultural backgrounds said they threw the flier in the trash as soon as they found it.

"For them to take a particularly family time of the year to try to find a way spread a message of hate, it just shows how low they can go," said Tessie Harris, who lives in the neighborhood on Hillandale Lane.

Harris didn't get a flier herself but said the incident has neighbors talking.

"It had two peppermints in it, a bunch of gravel rocks and two business cards," said a woman who did not want to identified.

When ABC11 looked up the East Coast Knights, we found a website with a picture of people wearing the infamous white sheets, standing around a fire.