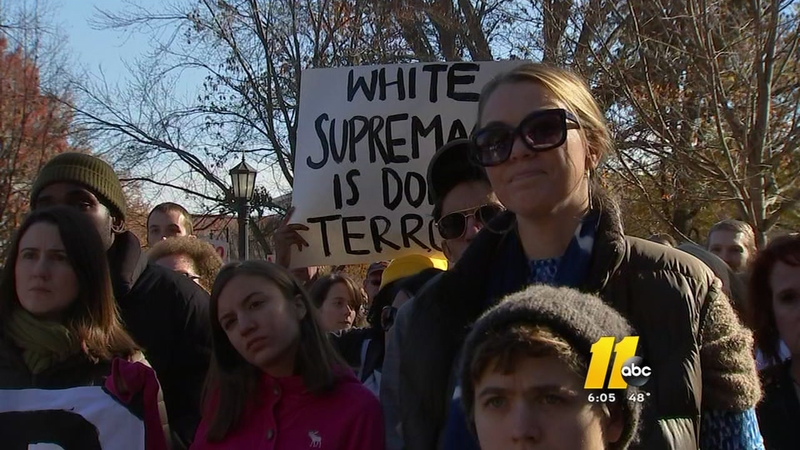 Groups rally in Raleigh against KKK

RALEIGH (WTVD) -- A large crowd gathered in Raleigh's Moore Square Saturday to voice their opposition against the KKK and those who spread hate.

Hundreds of people came out to the event and carried signs criticizing the Klan.

Speakers covered a wide range of issues outside of hate groups. Some spoke on wanting a minimum wage increase, others spoke about protests at Standing Rock. Issues about the LGBTQ being intimidated were also raised.

The Klan was singled out and received the harshest criticism of the afternoon.

Saturday afternoon, Roxboro police said about 20 people in vehicles drove through the city with KKK flags. Police blocked several intersections to get them out of the city quicker.

They noted that while it was not an event they desired, they could not legally prevent it.