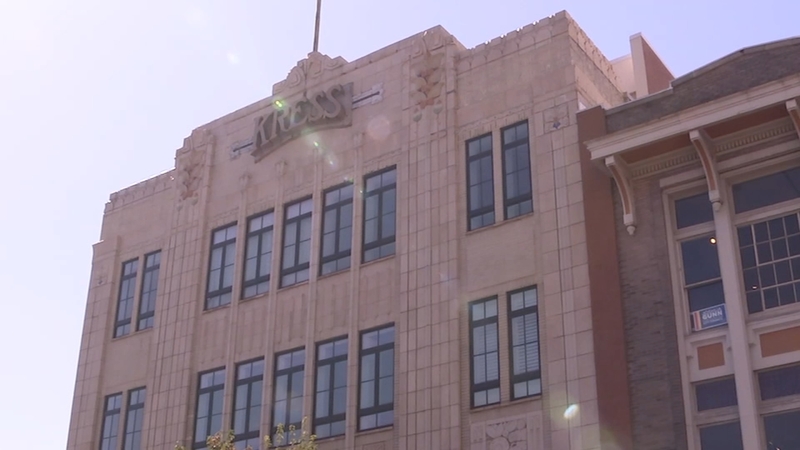 Ghost tours are gaining in popularity in the Triangle

With the popularity of ghost tours growing, Kennedy meets us at the Kress building where rumors have swirled for decades of a haunting.

Brad tells us that Anna Lee Powers worked in the building in the '40s as a teen. Powers and her father were never on good terms. When he died, the rumors that he never really left began.

One night, Lee was closing up the store. The folklore goes that Lee went to retrieve napkins from a shed.

"..and suddenly she hears this voice, it was a man's voice and angry and it said 'Anna lee! Anna Lee!" She looks around and no one's there.." Kennedy tells the story, "maybe it was the wind maybe it was her imagination. She looks for the napkins... she's up picking the napkins up... and the door, BOOM! Slams shut!"

Kennedy says Powers was found two days later in the shed in a pool of her own sweat and tears, she'd tried to claw her way out of the locked shed. No one knows how the shed got locked.