Pumpkin spice doughnut is back at Krispy Kreme 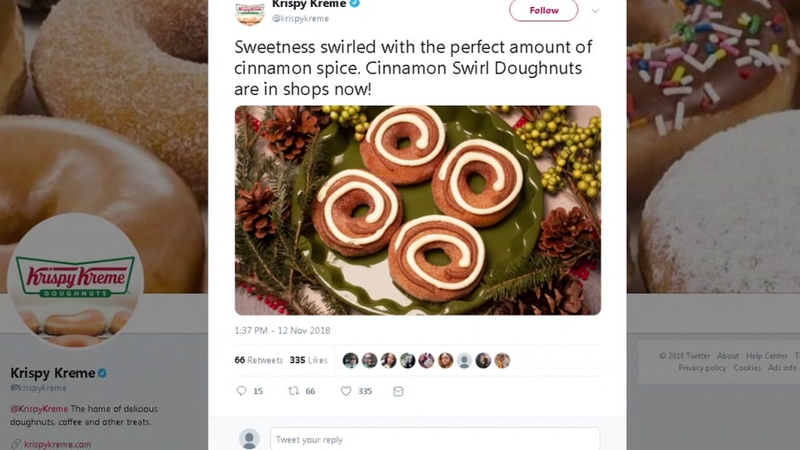 Krispy Kreme is at it again, tempting us with more special, limited-time-only doughnuts.

The Cinnamon Swirl is available in stores now and the Pumpkin Spice will be in shops for one week only, Friday, Nov. 16 through Thanksgiving Day, Nov. 22.

"Our cinnamon swirl doughnut accomplishes the unthinkable: you get a gooey cinnamon swirl, decadent cream cheese icing and melt in your mouth doughnut in every bite," said Brittany Dubin, Culinary Manager for Krispy Kreme. "Of course, no pumpkin spice season is complete without Krispy Kreme's Pumpkin Spice Original Glazed Doughnut. Our fans have waited all year, and we're making their wait worth it by bringing it back in time for the Thanksgiving holiday."