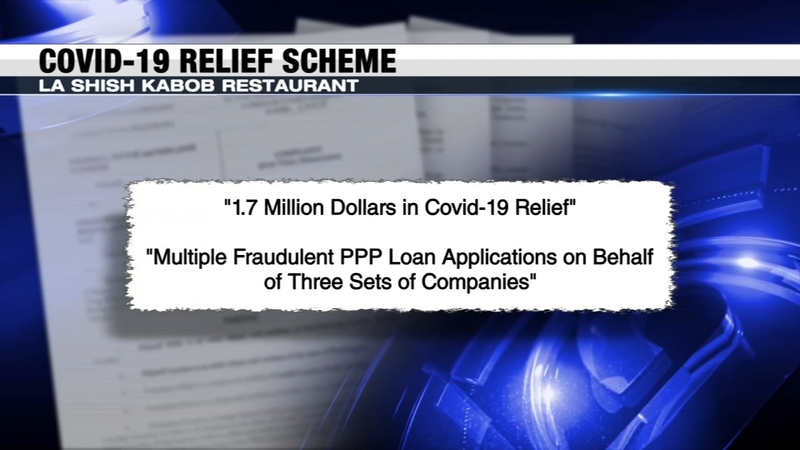 CHARLOTTE, N.C. (WTVD) -- A popular Charlotte restaurant owner and his son have been charged with COVID-19 relief fraud.

Charlotte ABC-affiliate WSOC learned Freitekh's son, Tarik, lives a glamorous lifestyle. The self-described film-producer can be seen posing on social media with Justin Beiber and other celebrities. His net worth is reportedly $300 million.

A federal indictment claimed Tarik and his dad took part in a scheme to get "$1.7 million in COVID-19 relief" funds through "multiple fraudulent PPP loan applications on behalf of three sets of companies."

WSOC stopped by Izzat Freitekh's restaurant on North Sharon Amity Friday, where he was working. Freitekh wouldn't talk on camera, but off-camera he insisted he was innocent.

Beware of these COVID-19 scams, which have bilked consumers of nearly $6 million

An application on behalf of "Green Apple Catering LLC" said it "paid 4.8 million to employees in 2019 despite evidence that the company did not exist until March of 2020."

WSOC spoke to Tarik's attorney on the phone Friday. He declined to comment.

An attorney for his father sent a statement saying, "Mr. Freitekh has pleaded not guilty and has requested a jury trial. He looks forward to the full story coming out in a courtroom."

Federal investigators said they have already seized $1.3 million in PPP funds that were disbursed.