'Dos Oruguitas,' a moving ballad from the film's soundtrack, is nominated for an Oscar.
OTRC
By Nzinga Blake and Gabriela Cabera Sarabia 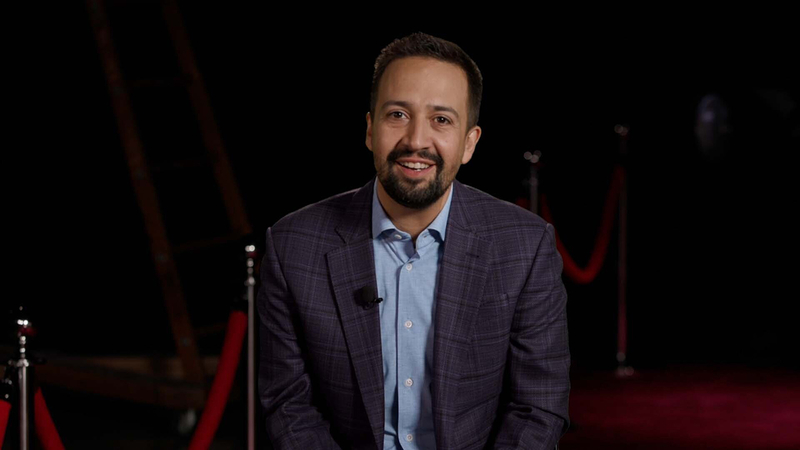 Lin-Manuel Miranda on 'Encanto' and the power of being seen

LOS ANGELES -- The recent Disney hit "Encanto" and its soundtrack have taken the world by storm.

While we can't talk about Bruno, we can talk about how this film exemplified the power of being seen and heard.

Kenzo Brooks, a 2-year-old Black boy, embodied this power when his parents captured the moment he saw "Encanto's" Afro-Latino character, Antonio Madrigal, and thought it was him on the screen. The video of Kenzo clapping and smiling, paired with the hashtag #RepresentationMatters, went viral and sparked conversations around the celebration of representation.

All of this comes from the creative mind of Lin-Manuel Miranda, "Encanto's" composer and writer, whose moving ballad "Dos Oruguitas" scored the Oscar nomination for best original song.

The catchy tune, written by Lin-Manuel Miranda, knocked Adele's "Easy On Me" out of the top spot.

Miranda said he wanted a part in the movie even before it existed due to the lack of Latino representation in animated films.

"I've been preparing all my life for this moment because I wanted to help create characters that kids would see themselves in. I wanted to write songs that depicted those house parties that I grew up in. And you're always kind of writing for your inner child," he said.

See his full interview with On The Red Carpet in the video player above.

He called the global reaction to the film and conversations around being seen and heard "wonderful."

"When I see young Afro-Latino kids or African American kids see Antonio and say, 'That's me,' -- or I see little Latina girls who wear glasses saying, 'Oh, my God, the main character has glasses,' it's so wonderful," he said. "It's such a reminder of why we started telling the story in the first place."

The Oscar nominee and potential EGOT awardee added that the team behind "Encanto" sought out the voices who could tell an authentic story that rang true to the people of Columbia and the Latino community at large.

He also shared what he thinks Hollywood executives and others in positions in power can do to support historically underrepresented and marginalized storytellers.

"Don't write what you think underrepresented groups would say," Miranda said. "Invite them in. Invite them to the table. Invite them to tell those stories, because the net result of that are richer stories and new stories that we haven't necessarily seen before."

"Encanto" is now available to stream on Disney+.

Mark your calendar: March 27 is Oscar Sunday. Special "On The Red Carpet" coverage begins at 1 p.m. ET 10 a.m. PT and continues all day leading up to the 94th Academy Awards ceremony. After the last award is handed out, stay with "On The Red Carpet" for continuing coverage. Be sure to follow @OnTheRedCarpet on Facebook, Twitter, Instagram and TikTok for all your Oscar news and information. Click here to download our CTV apps to watch "On The Red Carpet" wherever you stream.