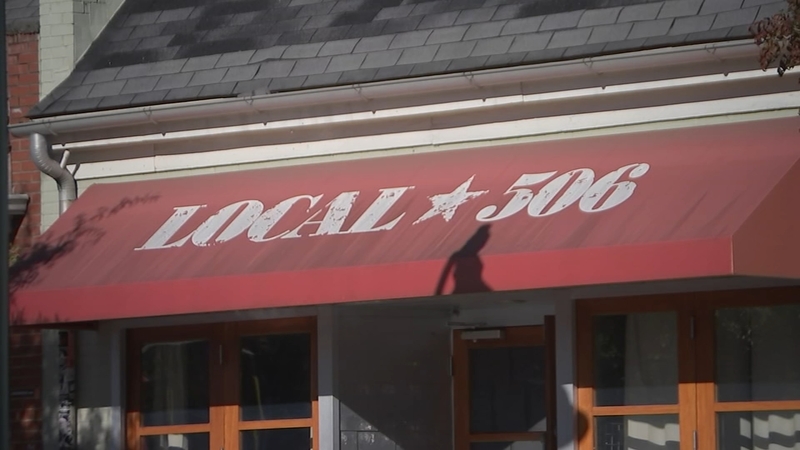 CHAPEL HILL, N.C. (WTVD) -- The effort to save live music in the Triangle is growing.

A fundraiser asking you to donate some or all of what you would have spent at music venues this year has now been extended.

"If I can take a small step and try to help somebody, maybe I can encourage other people to do it as well," John Flude said while standing on Franklin Street outside Local 506 in Chapel Hill.

The club has been closed for more than eight months now because of the pandemic.

Flude, who lives in Raleigh, is on a mission to rescue and save it.

He issued a call to action.

"I say we save the 506. I say we save all of these clubs the best way we can. Let's keep this thing going," Flude said citing the multiple fundraisers underway to make sure that when the pandemic is over there are still venues to host live music.

"We have a GoFundMe page and people have been very generous," said the venue's co-owner Rob Walsh adding, "And that's what's keeping the lights on and keeping the rent paid."

Walsh is also impressed with the efforts of Flude, a long-time patron and fellow musician.

Flude has a friend in Pennsylvania who owns a screen printing operation.

He called and told him that Local 506 was struggling after being closed for so long.

"He said, 'Let's do a shirt and all the profits from the shirt will go directly to the club when we're done.' And it's a pre-sale shirt so there's no up-front cost. It was a no-brainer," Flude said.

Flude's efforts for one venue have been replicated on a larger scale for multiple clubs by a fundraiser called Save That Stage which asks live music fans to consider what they would have spent going to shows this year and donate all or part of it.

Walsh, from Local 506, likes that pitch.

"That's a great way to look at it, you know what I mean? Because, I mean, without places to see live music, there will be no more live music," he said.

He hopes you will give generously to Save That Stage or directly to your favorite club.

John Flude agrees and said he has some additional motivation for his philanthropic effort.

He wants to make sure the once-thriving Triangle music scene is around for his 5-year-old son when he grows up.