Louisburg woman distraught, asks for help after losing antique bracelet given to her by late husband 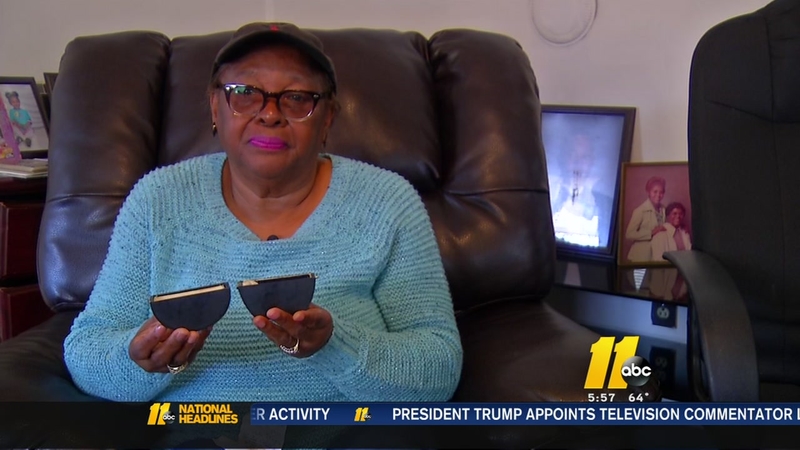 LOUISBURG, NC (WTVD) -- A Louisburg woman reached out to ABC11 for help to find a priceless piece of jewelry - an antique bracelet given to her by her late husband.

It was a gift to Pattie Baker from her husband, Charlie Baker, given to her on their 25th wedding anniversary.

She had admired the diamond bracelet in the case of a Raleigh antique shop time after time, and while it glimmered in the light, the diamonds aren't why she treasured this beyond all else - it was because Charlie passed away five months later of a heart attack in church while at Bible study.

She has worn the bracelet every day since for 23 years.

Pattie lost it two weeks ago on the morning of March 2.

A local woman lost a diamond bracelet given to her my her husband on their 25th anniversary. He died a few months after & she has treasured it since. Now she needs your help to find it! She lost it somewhere between Hometown Cafe & Speedway (Franklinton) & Walmart (Louisburg). pic.twitter.com/9gKlOaNEnT

She last saw it while she was praying over her breakfast at Hometown Cafe in Franklinton. She then stopped for gas at Speedway around the corner on US-1 and in the middle of shopping at Walmart in Louisburg (her next stop), she noticed it was gone.

She said she feels like part of her heart is missing.

"When I lost the bracelet it seem like a part of me was just torn all apart," said a tearful Baker said. "I wanted to just kick the house down."

Baker is offering a reward for information leading to the bracelet.

If you have any info or tips on its whereabouts you can email her at: adbaker86@yahoo.com