I-Team: Why was this lost dog put down in Durham? 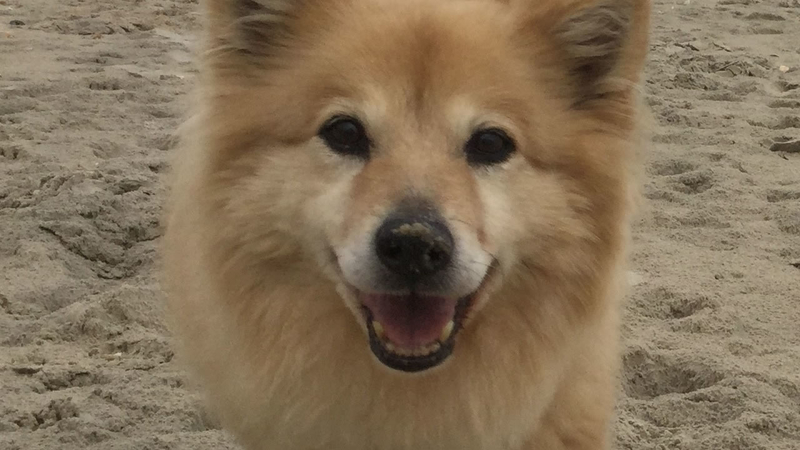 I-Team investigates why an owner's lost dog was put down

DURHAM (WTVD) -- Imagine your dog wanders off, you do everything you can think of to find her, and then find out that she was put down by the local shelter - less than three days after she wandered off.

That's exactly what happened to Donna Sugar earlier this month.

She was visiting a friend in Durham on November 2, when her Chow-mix breed, Bella, wandered off. Bella was picked up soon after and taken to a local vet. From there, she was given to the Animal Control (the Sheriff's Department) and then to the Animal Protection Society of Durham. By the end of the next day, 26 hours after she'd been dropped off at the shelter, Bella was dead.

What happened? A cascade of problems. But not at first. At first, things went just like they should: Bella wandered off; her owners printed up hundreds of fliers; combed through unfamiliar woods nearby; knocked on doors; they posted Bella's information on APS of Durham's website; they even tried a tracking dog. It would be days before they found out what had happened.

We met Sugar at the Millbrook Exchange dog park in Raleigh. "This was my grandchild," she said of the 14-year-old Bella. "It meant the same to me as if she would have had two legs and have had a little pink dress with bows on, you know? This was my grandchild. And this was our family. My daughter, myself, and Bella."

To complete the picture, Sugar said she stopped feeding Bella human food years ago when the dog started having health problems. "It was sweet potatoes and green beans, carrots, and either fish or chicken. That's what Bella ate." That becomes important later in the story.

"If you knew all the work we did to look for Bella," Sugar said of that November 2nd. "We were up until at least two if not three in the morning looking for her the night she went missing right next to Riverside High School. We were combing woods, we were knocking on people's doors, and then, finally, we went to bed, waking up at first light so we could start the search again. And with the search again, it was my daughter standing there with her leash and her sign that said, 'have you seen my dog?' And she was doing that while I was going to get some copies made of photographs and lost dog posters."

On that November 3rd, Bella was with the woman who'd picked her up on the street. She had been to the vet and learned that Bella was "chipped" (a small electronic tag inserted under the skin) but that the phone number on the chip wasn't active. She had also learned that she wouldn't be allowed to keep Bella in her apartment due to rules of her lease.

She called the Sheriff's Department - which is the right thing to do - and they picked her up just before nine that night. And this is where the story starts going awry.

"There was no tag, no rabies, no microchip information listed on the impound sheet," she said.

Shafonda Davis runs the shelter and told the I-Team the Sheriff's Department provided bad information from the start. Davis said if the deputy who dropped off Bella had given the shelter correct information, Bella likely wouldn't have been euthanized. "Had it have been, we would have done everything in our power to get her back home. If I had to drive, even if it was not local, to find her, or at the very least, I would have taken her to a vet hospital. Because she was chipped."

The Sheriff's deputy knew that. It's written out in the "There was no tag, no rabies, no microchip information listed on the incident report . But it's not listed on the impound sheet the deputy left with the dog at the shelter.

What's more, the impound sheet has the wrong name listed for the person who owned Bella. It listed "Peggy Edwards," not Donna Sugar. No one we talked to during our investigation knew Peggy Edwards. The deputy's incident report includes the name of the person who found Bella, but that information was not given to the shelter.

The Sheriff's Incident Report also didn't list any health problems. The box next to injuries is checked "no" and the write-up doesn't mention health problems. It does mention a chip, but Davis said she never saw it anyway. And, it's inconsistent with what her medical staff and kennel manager observed. A tech wrote on the impound sheet "Back legs broken back," and "can't move back end." "Possible broken pelvis" is scribbled underneath.

"The paperwork did not match the animal that we had," Davis said. "I'm accepting our part that we didn't make a match but I'd like people to know this is what we're matching," she went on, tearing up and holding the misleading impound sheet."

"[The Sheriff Department's] protocol is to actually call one of us if there's something wrong with the dog," Davis continued. "I know they say she was happy, healthy, and playing; which is really strange to me, because by morning the dog wasn't walking and the person who found the dog said she had to help the dog get up and message the dog for its legs to walk."

Bella's condition matters more than you might first think. For starters, that's because it held her back from being in the "general population" of dogs, which is where most anyone who'd lost a dog would go looking. "Because she could not walk," Davis said, "on Friday morning, she would not have been put in the general population because that wouldn't be good for her."

But the other, also important reason Bella's condition matters has to do with state law . It requires all shelters to wait a minimum of 72 hours before putting a dog up for adoption and then make a good faith effort to get the animal adopted before turning to euthanization. The exception is when it's suffering.

"We can't leave a dog that cannot walk, cannot eat, and cannot get out of its own urine and feces," Davis said. "It is inhumane and we can't do it." And that's the condition she says Bella was in all day on the 4th and into the night.

"With Bella, it was the unusual situation of a dog that couldn't be on the regular floor, whose paperwork did not match what we had in front of our eyes, and it was the middle of the night, and the chip didn't scan. But she says it was a call she got around 9 p.m. that pushed her to sign the order."

"I received a phone call at home from a lieutenant with the Sheriff's Department," Davis recalled. He told her they had a detective at the shelter who had noticed a dog that looked dead at first, but appeared to be paralyzed on closer inspection. Davis called the kennel manager. "I said, 'We have a dog at the shelter, it appears to be suffering. I need you to go in immediately.'"

She says he went in, determined Bella to be distressed (unable to walk, not eating, not drinking, depressed), and called Davis for the go-ahead. "What we had at that point was an older dog who was suffering, who could not be left alone. And that's why I made the decision I made."

Sugar doesn't buy it. "She has bad back legs. She had a tumor and we had it removed. This is part of what her condition was. She didn't have a broken pelvis. She had just gotten back from the vet." Sugar admits Bella had trouble walking but mostly on slick or smooth surfaces, she said.

Bella with her leg shaved for surgery.

Davis says she trusts her staff's assessment of the dog and is skeptical of the report from the Sheriff's department. A separate statement had suggested the dog was in good health and spirits when she was with the deputy. Still, she admitted the shelter's role in what happened. When Bella was brought in, for instance, no one searched her for a chip. That's protocol during the day but there are no procedures for it at night. And while she was searched for a chip before she was euthanized, the tech doing the procedure - a 15 year career veteran, according to Davis - didn't find it.

Another big problem? Bella's family came to get her on Friday. She was there at the shelter and they went back to find her, but she hadn't been brought into the "general population." Davis says she was having problems walking and accordingly was held out of the adoption cages. Her family left without seeing her. They had been just one room away.

"Where we can see a breakdown is the connection," Davis said. "We want to know who this dog belongs to, they want their pet, and we're crossing right by each other."

Sugar wholly agrees. "If they would have had systems in place to match up the dog, to match up Bella and my daughter, then she would be here today."

Davis said the problems on the shelter's end are already changing to make sure something like this doesn't happen again.

Staff now prints out information on every dog they have every morning, so people can look through. They now have a signup book guaranteeing that everyone who comes in looking for an animal gets taken to every part of the shelter, something that wasn't done with Bella (remember, she was in the night holding area because of her health). And, under new procedures, dogs that are injured won't be allowed in overnight. "We are no longer taking in animals after we close that are compromised medically. They will go straight to the emergency vet."

"Things have to change," said Donna Sugar, sitting at the dog park and looking at about a dozen dogs running and playing in the large fenced in area where she used to walk her 'grandchild.' "I know we can't bring back Bella, but I do hope this helps other people out there to get back with their dogs and for them to be able to match people up because these systems are antiquated."

One place Sugar accepts responsibility is with that chip. The information was old. Not all of it, the home address was right; but the email and the phone number were wrong. Had those numbers been up to date, this story could have been headed off at the headline. The company Sugar went with is called Home Again but there are many others. A rule of thumb for all of them? Your chip is only as good as the information you store on it.
Related topics:
durhamiteamlost pet
Copyright © 2022 WTVD-TV. All Rights Reserved.
ITEAM
Shortage of mental health professionals persists as need grows
Some new home construction homebuyers see unexpected price hike
Former Apple engineer shares struggles with gender pay gap
Online tickets led women looking for male strip show to closed venue
TOP STORIES
A motorcycle's unforgettable ride back home
Trees down, thousands without power after powerful overnight storm
Record-breaking heat today for Triangle
Driver struggles to get permanent tags for truck bought on Vroom
American Airlines flight veers off runway in Charlotte
Officials remain optimistic as tourism in Wake County booms
Violent crime in Durham up 8% during first few months of 2022
Show More
Funerals begin for victims of Buffalo supermarket shooting
Decrease in home sales predicted nationwide but NC housing market hot
NY high court to determine if Bronx Zoo elephant is a person
Juvenile taken into custody in Wake Forest shooting
911 dispatcher who took Buffalo shooting call put on leave
More TOP STORIES News