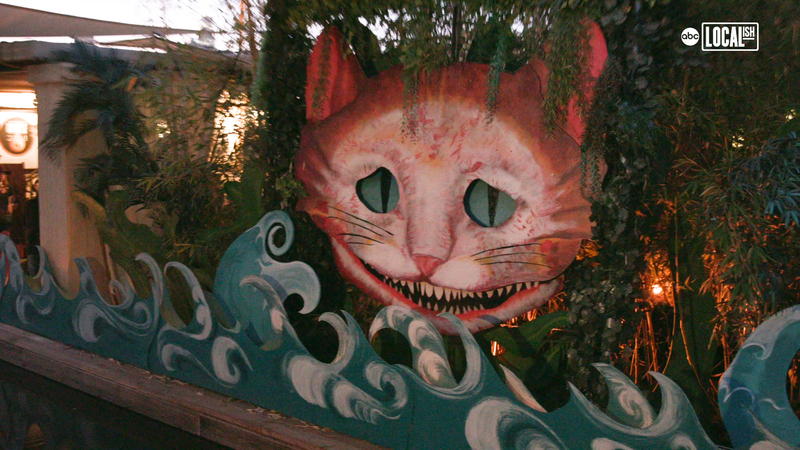 In a Willy Wonka-esque production facility that's part amusement park, part laboratory, Lost Spirits takes guests on a booze tour like no other!

What began as a tiny cult distillery grew over time with distinct tasting rooms where you can sip the spirits in a space reminiscent of that spirit.

Davis a former amusement park ride designer has blended his passion for spirits with his love of park rides.

"What does the imaginery world you drink this is look like?", Davis asks himself when designing a new tasting room at the distillery.

Some tasting rooms double as transportation bringing guest to the laboratory where the spirits are tested and made.

Davis believes the spiritual home of Lost Spirits belongs in the Arts District.

"They give you a history of every drink, how they make it, how they distill it, doing it with your family makes it a fun time," said guest Ben Netzel.
Report a correction or typo
Related topics:
los angeleswhiskeytourismlocalishmy go to
MY GO-TO
Treebeards brings comfort food with a Louisiana flair to Houston
Selfie Clubhouse lets you strike a pose with 30 unique backdrops
Brrr! Frigid dip in the Atlantic inspires cold-plunge wellness spa
Secret bar has Houston's cheapest beers
TOP STORIES
'It's crazy': Wolfpack fans ecstatic after upset of No. 9 Clemson
3 people dead after Amtrak train derails in Montana
UNC brutalized by Georgia Tech defense, running game in 45-22 loss
Local Haitians react to treatment of migrants flown back to the island
Vigil marks third anniversary of Durham man's murder
'The curse is broken': Pack beats No. 9 Clemson in OT thriller 27-21
Show More
Man seriously injured in shooting near Duke University Hospital
Bikers in Durham stand up against child abuse
Holmberg accounts for five TDs as Duke roars past Kansas, 52-33
North Carolina Central falls to rival NC A&T 37-14
Report uncovers how 6-year-old died on amusement park ride
More TOP STORIES News