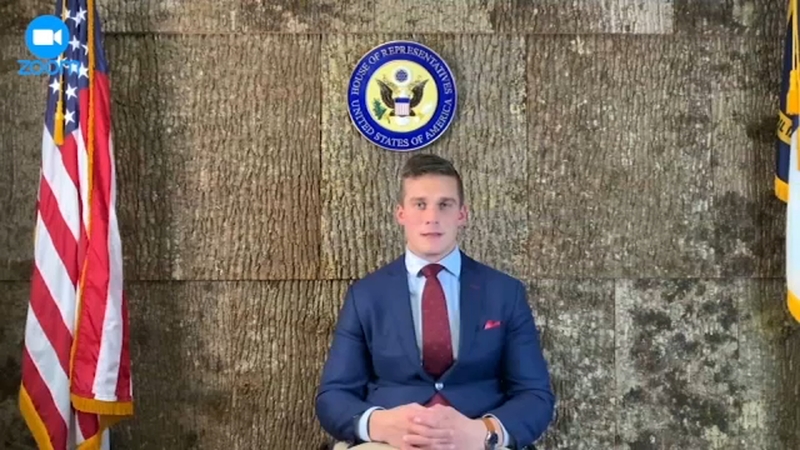 (CNN) -- Republican Rep. Madison Cawthorn of North Carolina said Saturday that he accepts Joe Biden as president and that the 2020 election was not conducted fraudulently.

The freshman congressman made the comments to CNN's Pamela Brown when pressed about his lingering views on the November election results.

Cawthorn was one of more than 120 House GOP members who voted to sustain the objection to electoral votes from Arizona and Pennsylvania earlier this month when Congress met to to certify President-elect Biden's victory.

"Yes, I think I would say that the election was not fraudulent. You know, the Constitution allowed for us to be able to push back as much as we could and I did that to the amount of the constitutional limits that I had at my disposal. So now I would say that Joseph R. Biden is our president," he added.

There have been no credible allegations of any issues with voting that would have impacted the election, as affirmed by dozens of state and federal courts, governors, state election officials and the departments of Homeland Security and Justice. And not one of the Republican officeholders objecting to Biden's victory have objected to Trump's wins, or in some cases their own wins, on the same day.

Since Biden's inauguration, Cawthorn has signed onto a letter along with 16 other GOP House freshmen, saying they look forward to working with Biden. Notably, Cawthorn is the youngest member of Congress in modern history, according to US House records, at just 25 years old.

"So when I contested to the election, that was within the constitutional guidelines that the framers had set up. But after I've done that and the electors and the delegates from each state elected Joe Biden as our president, I respect the office. He is my president, and I want to work with him to make sure that we can bring some meaningful change to the American people," Cawthorn said.

Cawthorn's office said in a statement to CNN on Sunday -- after the interview had aired Saturday night -- that "while it is difficult to quantity the number of fraudulent ballots cast in any election, Representative Cawthorn stands firm in his belief that objecting to the certification of electoral college votes was an important step in safeguarding a free and fair electoral process."