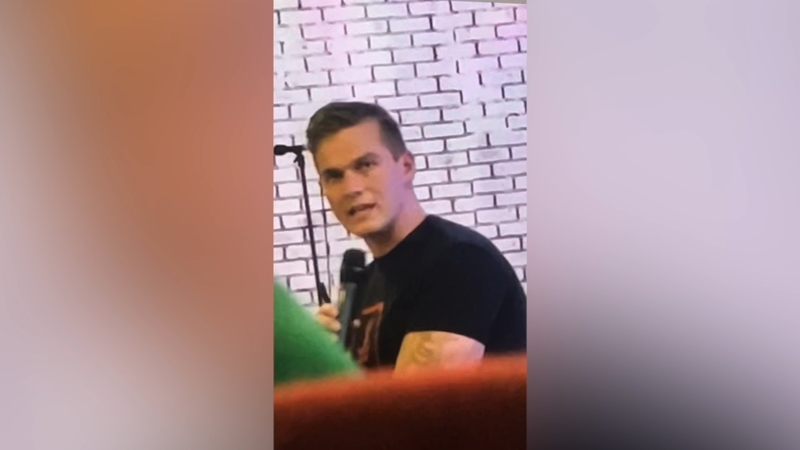 North Carolina Congressman Madison Cawthorn is once again under fire from both sides of the aisle.

The video was recorded Sunday at an event in Buncombe County. Cawthorn's comments run counter to what most of his colleagues--both Republican and Democrat--have said about Zelensky.

Putin's deranged propaganda revolves around convincing the world that President Zelensky is a "thug" and the Ukrainian government is "evil." Thankfully, the vast majority of Americans and nearly every single member of Congress are united in support of Ukraine's fight for freedom.

ABC11 reached out to Cawthorn's office for comment. We were directed to the following tweet from the Congressman.

The actions of Putin and Russia are disgusting.

But leaders, including Zelensky, should NOT push misinformation on America.

I am praying for Ukraine and the Ukrainian people.

Pray also we are not drawn into conflict based on foreign leaders pushing misinformation.

This latest controversy for Cawthorn comes just a day after he was pulled over and cited for driving without a license. It's the third time in five months he's been given a traffic violation.
Report a correction or typo
Related topics:
politicsncdonald trumpukrainepolitics
Copyright © 2022 WTVD-TV. All Rights Reserved.
TOP STORIES
New NC flood monitoring system ready for next big storm
Homeless veterans get an assist from Durham's Rotary Club
Shelf cloud seen in Raleigh ahead of line of storms
Truck slams into NC woman's new home
Father puts 1,000 miles on his car to find specialty formula
Student says he was told not to mention 'Don't Say Gay' law in speech
Clayton police arrest man in shooting that injured 1
Show More
More than 75,000 pounds of baby formula lands in US amid shortage
Report: Top Southern Baptists stonewalled sex abuse victims
Arby's is selling a fast-food staple it's never offered before
Biden: US would intervene with military to defend Taiwan
Wake County begins giving COVID booster shots for children ages 5-11
More TOP STORIES News