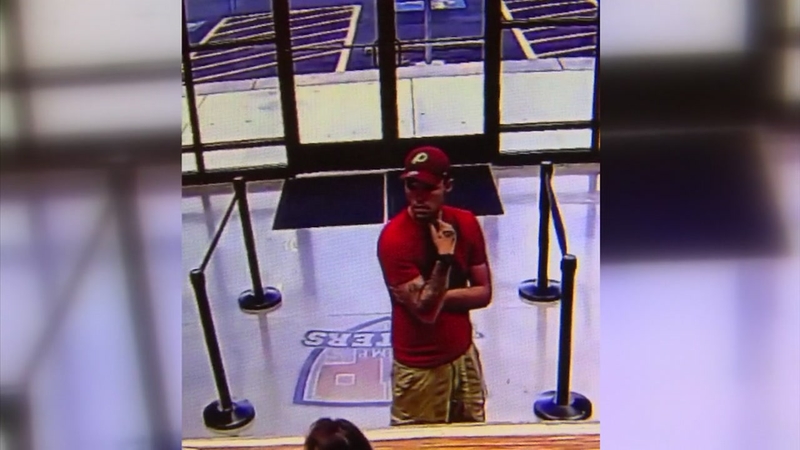 FAYETTEVILLE, NC (WTVD) -- A Fayetteville man is facing larceny charges after he walked into a Cumberland County trampoline park and allegedly stole an employee's purse.

The thief was seen on the business' surveillance footage. He has been identified as 24-year-old Steven Taylor. Footage also showed another man who Fayetteville detectives suspect is an accomplice.

Christy Pettit, the owner of JP'S Jump Masters, told ABC11 she's thankful no one was hurt at the business she opened up to honor the memory of her late husband Sgt. First Class John Pettit.

A man walks into a local trampoline park, distracts the employee and snatches her purse. The owner is now taking extra precautions and stepping up security measures. I’ll have the story tonight at 10/11 on #ABC11. pic.twitter.com/BFSKHKMRhL

On Wednesday, it got scary for employee Jeanie Evans, who works the front desk.

"It was five minutes before I was supposed to leave. This guy walks in and he asked me if we could go around back and look around," said Evans. "I felt pretty scared. I felt nervous. I was thinking I don't know what's going to happen."

The guy asked if she had change for a fifty-dollar bill. She replied no and he asked if he could book a birthday party for his daughter. Once she came back, the man was gone and so was her purse.

"I walked around the corner and had this feeling that something wasn't right," said Evans. "I only had ten dollars in cash so he didn't get anything."

The businesses' surveillance camera's captured the man taking the purse and his accomplice. The owner has since stepped up safety and security measures to ensure this doesn't happen again.