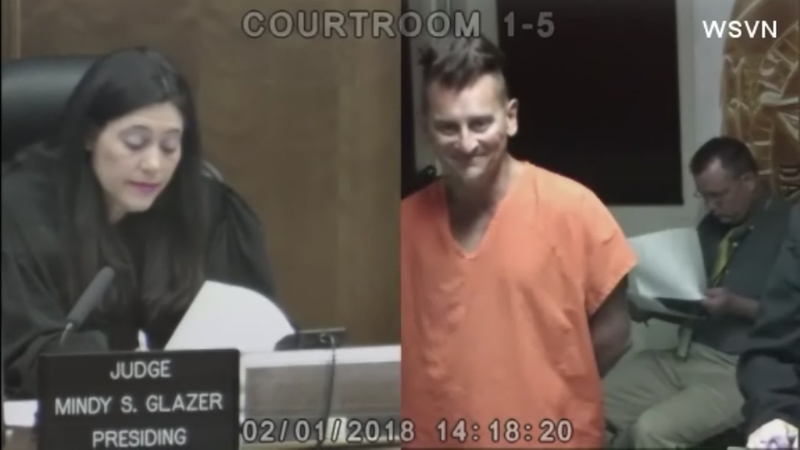 MIAMI BEACH, Florida -- A judge and the suspect in a violent stabbing exchanged words in a Florida courtroom after he laughed over his alleged crimes.

"He stabbed somebody over a chicken Caesar salad," Miami-Dade Circuit Judge Mindy Glazer said as she read over Matthew Miller's charges.

"It's not funny," said Glazer. "You could have killed the victim."

Police said one of the grocery store workers was stabbed in the torso, while another employee suffered a minor injury. Both victims are now out of the hospital.

Officers quickly arrested Miller, who allegedly had drug paraphernalia on him when he was detained.

"Publix has shrinkets for these kinds of things," said Miller in court. "You're not supposed to apprehend people."