NC has some of the strictest marijuana laws in the country, this proposal seeks to change that 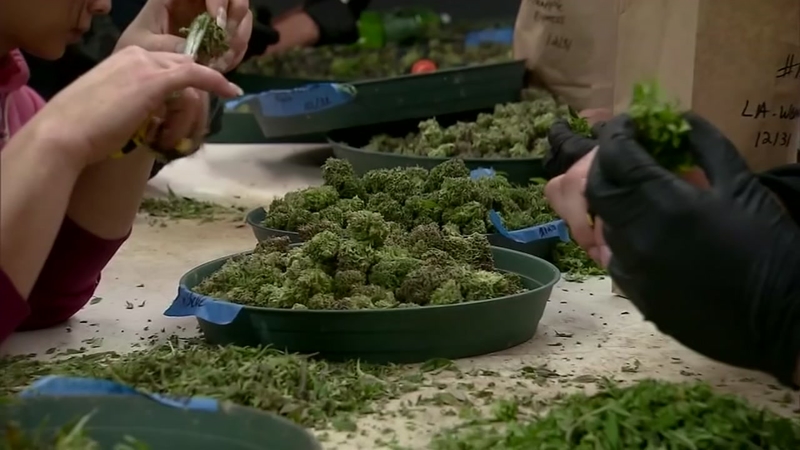 NC has some of the strictest marijuana laws in the country, this proposal seeks to change that

RALEIGH, N.C. (WTVD) -- Lawmakers filed legislation this week that would decriminalize marijuana possession of four ounces or less, while simultaneously raising the amounts that would qualify for a felony charge.

"Lots of people of color and young people are getting busted with possession with intent to sell and deliver. And they're not selling and delivering. What they're doing is purchasing it for their private use," said Representative Allison Dahle, one of the primary sponsors of House Bill 766.

"There are tons of people in jail for a pound. And they're sitting in jail on sentences that are not doing anybody any good," Dahle said.

North Carolina has an exception for "hemp extract" to treat intractable epilepsy, but strict medical marijuana use laws outside that.

The legislation has the support of the North Carolina branch of NORML, which stands for the National Organization for the Reform of Marijuana Laws.

"We have a lot of sponsors this year. More than any previous year," said Keith Caughran, who is part of the NORML Charlotte chapter, referencing the 12 additional sponsors signing on to the proposal.

Dahle acknowledged they have not found any Republicans to support the proposal.

"What's going to get the Republicans to change their mind on this - I would say it would be a fiscal conservative argument that around North Carolina, a lot of the municipalities and counties, the police are spending tens of thousands of hours either on arresting people or issuing citations to them after they're caught during a traffic stop. So every hour that they spend on this, they can't spend rolling up the Opioid trafficking networks," Caughran said.