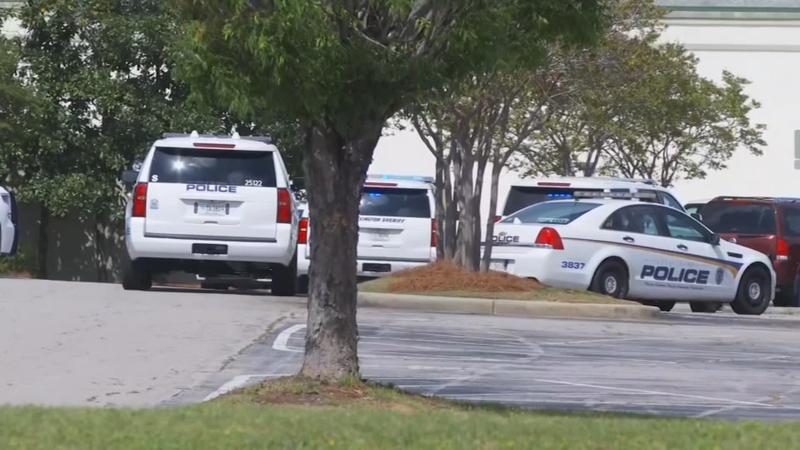 DURHAM, N.C. (WTVD) -- Following another mass shooting, this one at a mall in South Carolina, security experts are sharing safety tips for people who encounter a dangerous situation.

"The first thing that we recommend is run, hide, and then fight. So, if you hear gunshots, look for the nearest exit and try to get out of the facility. If you have family members with you or friends, sometimes it would be a good idea to plan where you're going to be if that does happen. I hate to live in a world like that but just 'hey if something ever happens, meet back at the car where we're parked,'" police procedure expert Dr. Roy G. Taylor said.

Saturday, 10 people were wounded by gun shots and two others injured while trying to flee an incident at Columbiana Centre, a shopping mall in Columbia South Carolina. Police, who do not believe the shooting was random, have detained three people.

"When you're in the mall walking around, look for the nearest two exits. If you hear gunfire like you did today in South Carolina, go into the nearest store, and go to the back of the store. A lot of those stores will have exits to a parking lot, so you can escape the building. Or at least get inside so they can lower the security gates to keep the people inside," said Taylor.

For officers rushing to the scene, sorting through the chaos and trying to locate suspects presents challenges.

"It's very confusing. It's very demanding on law enforcement officers, again you're confronted by bad information, inaccurate information, by hundreds of people coming out of the mall very rapidly. You don't know if one of those people are the shooter," Taylor said.

In the past couple years, there have been a number of high-profile incidents at Triangle malls involving gunfire.

In December 2020, Raleigh Police responded to a shooting after a fight broke out in the main lobby of Crabtree Valley Mall.

During Black Friday, one of the busiest shopping days of the year, three people, including a 10-year old, were shot during an incident at Streets at Southpoint in Durham. Less than a month later, following another shooting at the mall, Durham Police presence was noticeably increased, and the mall announced they had added a firearm-detecting canine to their security personnel.

Columbiana Centre and Streets at Southpoint are both owned by Brookfield Properties. ABC11 reached out to the company Saturday night to see what, if any, security measures they would implement at their Durham location following the incident in South Carolina. ABC11 also asked the company if they could provide details on measures taken following recent incidents at the Durham location; as of publication we have not heard back.

"It can happen. It doesn't have to be on the subway. We all know that. It's happening all over the country. And unfortunately I hate to say this, it's not a matter of if, it's a matter of when," Baker said.
Report a correction or typo
Related topics:
durhamsouth carolinamallmass shootingshooting
Copyright © 2022 WTVD-TV. All Rights Reserved.
TOP STORIES
Report finds people of color pay more in rental application fees
1 dead, brother missing in Cape Fear River
Thousands lose power after strong storms, flooding possible Tuesday
Suspect arrested after two teens shot in Clayton
Mom hears late son's heartbeat in 14-year-old boy for 1st time
Amber Alert canceled, 7-year-old found safe
Last public pay phone in NYC removed from streets
Show More
Car plows into Raleigh home after chase with police
One woman hurt in Raleigh stabbing
Brendan Langley, fmr. NFL player, gets in scuffle at NJ airport
US to release monkeypox vaccine from national stockpile: CDC
Durham police investigate fatal shooting, crash along NC 55
More TOP STORIES News