WTVD
By Jennifer Matarese
NEW YORK -- Matt was reeling from the fact that Heather, from Colton's season, showed up to try to join the show. She told Matt how she quarantined at the resort just for the chance to get to know him in person. They have Hannah Brown as their best friend in common who thinks they could be good together. Pieper meantime, started to cry because she was in the middle of talking to Matt and she swooped in and took her time.

She introduced herself to the other women and said that she really wanted to get to know Matt. They were very critical to her face about the fact that she was "Bachelor hopping." Heather said to them, "I don't want to do this," as they started to attack her. Pieper told her that she didn't care and that she deserved an apology for being interrupted. Heather apologized and it really did no good. The other women did not want her there.

Heather is Sent Home
Matt took some time to think about things and then went back to talk to Heather. He said that Hannah's opinion means a lot to him, but there's only one week until hometown dates so he doesn't know how it could work. Matt told her that he's already falling in love with women who are there, he has to follow his heart, so he's sending her home after one quick glance. Matt apologized to Pieper and asked her to finish up their conversation. He also apologized to the rest of the women for taking the time away from them by figuring out the Heather situation.

That meant that Chelsea and Serena C. would be leaving. There are eight women and only four hometown dates, so we're going to see the field cut by half.

The first date card read, "Serena P. can our love go deeper?" Matt and Serena went to a yoga studio where they learned tantric yoga. They were so flexible! They looked like one of those internet workout videos. Serena did not like that they were in sex positions when they haven't taken that step in their relationship yet. She wasn't into the PDA. Serena said she felt like she was in her head the whole time and couldn't wait for it to be over. Matt said that he enjoyed it. He felt bad that she hated it. She described the reasons why, and said, "It wasn't for me." Matt felt awful that she felt uncomfortable.

At dinner, Matt told Serena he liked how honest she was about their experience earlier that day. He was trying to hold her hand at the table, and she said, "My hands are so sweaty." She's just not into physical contact. He asked her about her family, and she said that her sister might grill him a bit but he has nothing to worry about. Matt said that he was looking forward to meeting her family and offered her the date rose. She said yes! Then they celebrated by ice skating outside together.

Group Date
"Pieper, Michelle, Rachael, Bri, Kit, Abigail, Love will always find a way," the date card read. Abigail was very upset that she wasn't getting a one-on-one date after getting the first impression rose at the beginning of the season. The group date was just going to be Matt spending some time chatting with each of the women individually.

Bri told Matt that she had to resign from her job to be on the show with him a few days ago. Matt's face fell as he heard about her sacrifice. He thanked her for sharing that and he said the fact that she did that to be there with him meant "everything" to him. That took away any doubt for him that she was there for anything other than him.

Pieper told Matt that she's falling in love with him and wants him to meet her family. He responded by kissing her.

Michelle told Matt that she's "100% committed" to him. He said that ever since he first met her, he's wanted to spend more time with her. She seems like a lock for a hometown date.

Abigail finally got a chance to talk to Matt and she told him that it's been a hard week because she didn't get the chance to have a one-on-one date. She said that they want a lot of the same things and share a similar perspective on life. She asked him if he could see the possibility of a future with her. Matt said that he was instantly drawn to her, but he explored other relationships and he grew stronger relationships with those other women. He told her he wanted to be honest with her and said she deserved someone who would put her first. He apologized and offered to walk her out.

Matt then asked Rachael to talk right after he let Abigail go, and that seemed to scare her. But, she had nothing to worry about, they had a great conversation about Rachael's family. She told him that if they see how happy she is that's all they will care about. She kept sniffing and trying not to cry while talking to him. "When I'm not with you, I'm thinking about you. You just make me smile," Matt said to her. Then they spent some time kissing.

During his time with Kit, she wanted to tell him the things she's not willing to compromise on. She said finishing school, traveling, and growing in her own right is important to her. She doesn't want to have kids until she's 25 to 26, so she's a "long-term investment," she explained to him. Matt said he didn't have a five-year trajectory, he just wants to meet the right person and a relationship with her excites him.

In the end, Rachael got the group date rose. He told the other women he had something planned for him and Rachael and he'd see the rest of them at the rose ceremony. Aloe Blacc gave them a private concert. Side note: Did anyone see Aloe Blacc as the Mushroom on "The Masked Singer?" He was amazing.

Kit Leaves
Matt was feeling very happy about where he was at in the process, but then, Kit knocked on his door. She told him that she's let her guard down so much in such a short time and she thought she would have the clarity needed going into hometowns and she doesn't. She's not ready for him to propose to her. Kit said that her mind is made up because she knows what he deserves and she knows that her leaving is what is right for both of them.

I get to drive a hellcat tonight with 😈 pic.twitter.com/BXoCLlIPtx

Matt picked Jessenia up in a racecar, "The Fast and the Furious" style. They got to learn how to "drift." Jessenia did a great job driving, then Matt got in and knocked all the boxes over. They seemed to have a great time being adventurous together.

That evening, Matt took Jessenia to a beautifully lit white fairytale-like dinner. Jessenia said that she had a great time on the earlier date and she was glad that Matt noticed how patient she had been waiting for their one-on-one date. She kept it really positive. Matt asked her what meeting her family would be like. She said that her family would be happy for her and that seeing them together and they would welcome him with open arms. She told him that she's falling in love with him, and he said, "Thank you for sharing that with me." But you can read his face...something is missing for him. Matt picked up the rose and told Jessenia all the things he liked about her, but then said that there wasn't enough connection there for him to see himself getting engaged to her. He denied her the rose and walked her out.

Matt walked Pieper out and told her that he was sorry. She said nothing to him as she got into the limo. She was upset that she put herself out there "for nothing."

Next Week
Matt meets the final four women's families in the hometown dates! Hometowns are again modified due to COVID. The women's families come to the resort to ask them and Matt the tough questions. 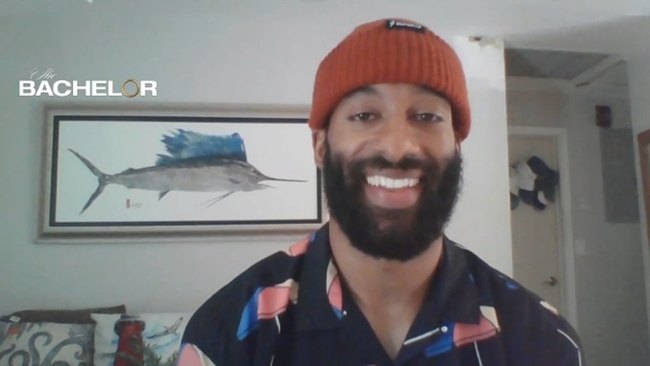