'It's a sign of division:' Fayetteville Mayor requests Market House be removed from city logo 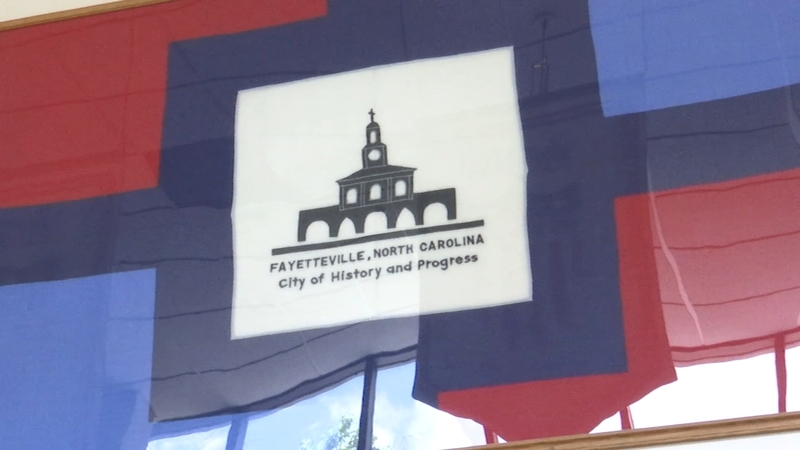 FAYETTEVILLE, N.C. (WTVD) -- George Floyd's death has spurred global demonstrations, police reform and tough conversations on racial injustice. In Fayetteville, conversations have continued around the Market House and if it should remain as the city's logo.

On Tuesday night, Mayor Mitch Colvin submitted a request to remove the Market House from any affiliation with the city. He said in 2015 city council voted to stop using the Market House as a logo but stopped short of removing it altogether.

The Market House is displayed on the city's flag, seal, trash cans and a number of other things.

"It's contentious. It's a sign of division and I don't think it should be a part of the city's operation," said Mayor Mitch Colvin.

Supporters of the Market House have said it has plenty of historical significance as it sits in the heart of downtown Fayetteville. Opponents have argued that the establishment is a painful reminder of the many families that were destroyed there.

Since the initial George Floyd protests that led to the burning of the Market house, faith leaders, online petitions have been outspoken in the removal of the buidling.

Colvin told ABC11 his grandmother's grandfather was a slave who was sold there many years ago.

"This is not about black people or white people. We are one of the most diverse cities in the country and we have about a 50/50 population of black, white and other. We need to be very thoughtful in making sure it's a decision that won't tear us apart," said Colvin. "Other communities have successfully pulled it off. In Alabama, there's a lynching museum which is a horrific time in American history, but it's very popular today. How did they do it? Who did they get to help pull it off? That's what we need to ask."
Report a correction or typo
Related topics:
societyfayettevillecumberland countyrace relationsslaveryfayetteville newsfayettevillecumberland county newsrace in america
Copyright © 2022 WTVD-TV. All Rights Reserved.
TOP STORIES
Icy roads possible; windy and cold Monday
Monthly tax credits end, leaving some NC families forced to make cuts
Omicron surge hasn't peaked nationwide: US surgeon general
Triangle Restaurant Week returns to highlight local small businesses
Jewish community strives to 'stay strong' after Texas synagogue terror
LATEST: Some COVID-19 testing centers open on delay
Dozens of RDU flights canceled through Monday evening
Show More
Free virtual class on Martin Luther King, Jr. may surprise you
Already delayed, North Carolina primary could be moved to June
Woman killed after being pushed in front of NYC subway train
Man arrested, charged with Christmas Day murder in Edgecombe County
NY woman reunited with lost dog 5 years, 1,000 miles later
More TOP STORIES News