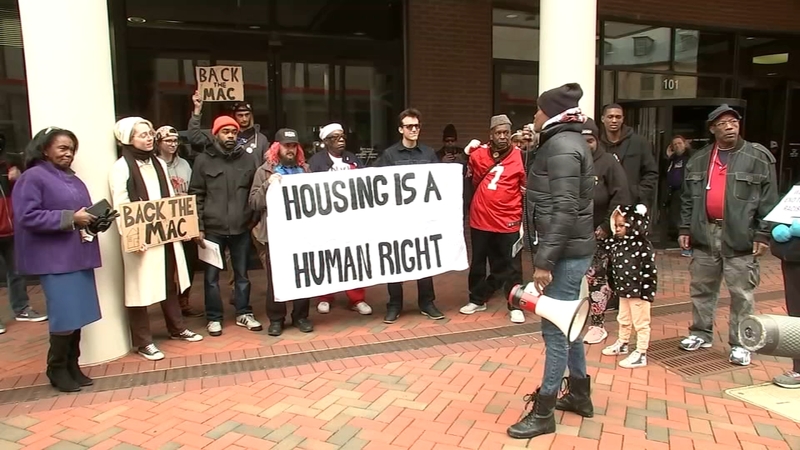 City leaders came to City Hall for their regularly scheduled meeting, but they were met by protesters looking to get answers about the ongoing public housing crisis in Durham.

Later Thursday afternoon, the Durham Housing Authority announced that contractors would begin making upgrades to McDougald units no later than Jan. 27, and said hotel stays for residents are being extended at least through Feb. 7 so that work can be completed.

We are communicating directly with residents on distributing additional food stipends.

Reminder to relocated residents – mental health care professionals from Alliance Health are available and continue visiting hotel locations. If residents need immediate attention, they can call the 24/7 line at 800-510-9132.

Weeks ago, hundreds of people were evacuated from McDougald Terrace, the largest and oldest public housing complex in Durham, amid a carbon monoxide scare. Many of those residents remain in hotels, unable to return to their homes.

Some of those residents showed up at the City Hall on Tuesday. They held a protest outside the building ahead of the City Council meeting, and then walked into the building and spoke at the meeting.

Protesters brought macaroni-and-cheese cups to illustrate what they're being fed every night, and every city council member received one as a symbol and reminder of the conditions families say they're suffering through in the hotel rooms and at home.

Mac and cheese became a focal point on Tuesday night when McDougald Terrace Resident Council President Ashley Canady vented to city council after learning residents would be displaced even longer than expected.

"Durham is nothing. Y'all got us eating macaroni and cheese cups every day. I challenge all of y'all to eat that every day. We're fed up and we're tired." Canady said before walking out Tuesday night.
On Thursday, the residents chanted and rattled the mac and cheese cups as they marched up to the council meeting chambers.

Once the work session began, they told their stories, explained what they were living through and called on Durham leaders to do something to resolve the problems.

"I have over 30 residents that just said they feel like they're in prison," Canady told the council. "Sitting in hotel rooms -- the hotels are treating some of our residents like bottom feeders."

McDougald Terrace wasn't on the official agenda but dominated the meeting.

"I spoke with all three of my children this morning," another resident said. "They ask when are we going back home. Why do I have to keep sleeping in this same bed?"

DHA CEO Anthony Scott was not there for the public scolding. He updated the status of the public housing issues later Thursday afternoon at a news conference.

A crowd of residents and activists have flooded the Durham City Council’s work session. #abc11 pic.twitter.com/FzYUTDDSxN

DHA's operations manager was present and bore the brunt of residents' frustrations.

"I understand part of the problem is that people need to know, they need to go home and what home is going to be like," said Emanuel Foster, director of housing operations. "I've been working six, seven days a week, 12 hours a day and I'm going to continue to work until those families get back home."

Even now, more than a month after being evacuated, the residents of McDougald Terrace don't know when they'll be able to get back to their homes.
EMBED More News Videos

City leaders announced Thursday that McDougald Terrace residents will potentially be spending a few more weeks at hotels across Durham.

City leaders are still working to determine how much repairs will cost and how long they will take to make.

Councilmember Mark-Anthony Middleton had a heartfelt response for the demonstrators.

"The reason why you're still in hotels is because you were right about how big the problem is," Middleton said. "Let's just be honest. It's deeper than you think."

TIMELINE: How the problems at McDougald Terrace started and where we are now