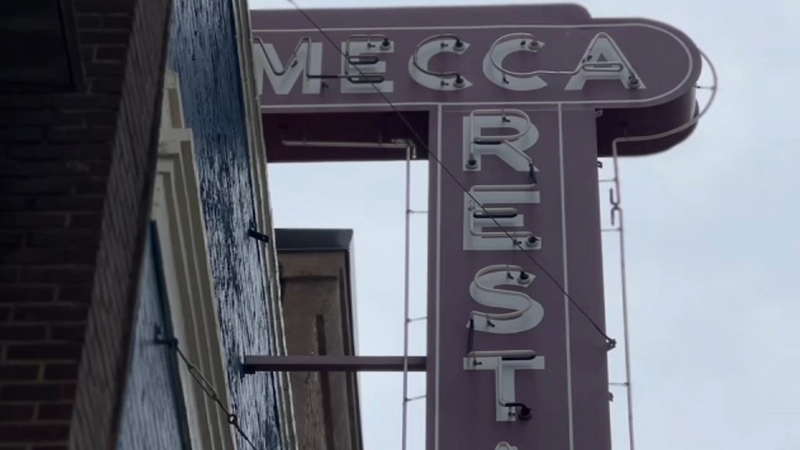 Mecca restaurant reopens for one day to support Salvation Army

RALEIGH, N.C. -- A Raleigh restaurant is reopening for one day only to support a good cause.

Mecca reopened following a request from a guest.


"We had a guest, Miss Sally, wrote us a letter and asked us if she could please come in to the Mecca for breakfast. She was here every day of the week, and we wanted to give her that Christmas gift. So here we are today," said Kimberly Miller, Director of Catering at Empire Eats Catering.

It also served as a fundraising opportunity for a charitable endeavor, with proceeds and tips going towards a local Eagle Scout project. Funds from that effort are going towards a new scoreboard at a field located at the Salvation Army's downtown Raleigh location.

"After everything that's been going on with people's income and things closing down and such, that you have people come together when it's time, and get a good meal in the meantime," said Lisa Gardner, who ate at the restaurant Wednesday.

For many diners, Wednesday's return a welcome part of their routine.

"I was pretty excited. Soon as I came in the front door, I saw some people I hadn't seen in a long time," said Ron Bellamy, who met with a group upstairs, walking by a picture of himself that appeared in a news article from 2005.

"Been here since I went to (NC) State in the early 90s. We love Mecca, we come here all the time, I'm so glad it's open even just for a day," added Jacquelyn Manson, who runs Triangle Food Tours, a walking tour where she said Mecca is a popular stop.


In the midst of a changing downtown, customers point to the value of a landmark.

The Mecca, a staple of downtown Raleigh for nearly 100 years, has been closed during the COVID-19 pandemic. However, the management team will fire up the kitchen until 3 p.m. Wednesday to serve customers.
All proceeds from the sales, including tips, will be given to the Salvation Army as part of a local Eagle Scout project.