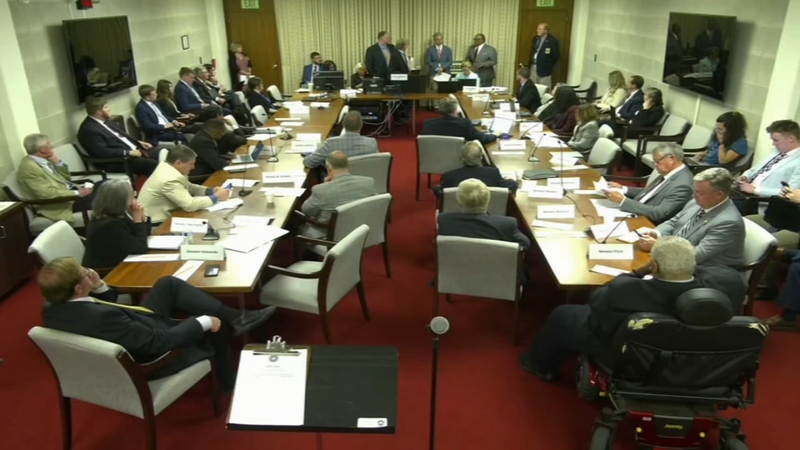 After no debate, the measure received bipartisan support by a vote of 36-7. The margin was similar to the outcome of an initial Senate vote last week that followed floor discussion. The bill now goes to the House, where chances for passage before this year's primary work session adjourns in a few weeks appear long. Speaker Tim Moore has said the issue may have to wait until next year.

The legislation creates a system whereby someone with one of more than a dozen "debilitating medical conditions" - cancer, HIV/AIDS, epilepsy and post-traumatic stress disorder among them - can be prescribed cannabis by a trained physician. Users or their caregivers would have to receive a registration card from the state Department of Health and Human Services.

A new state commission would issue 10 medical cannabis supplier licenses, each of which could open up to eight sales centers. Up to five independent testing labs would be licensed to scrutinize the pot and related products sold. It would still be a while before sales occur under the bill given the required rule-making and licensing.

Bill sponsor Sen. Bill Rabon, a Brunswick County Republican, has said the measure has undergone years of work - benefiting from successes and failures in other states - and provides some of the strictest oversight in the country. Rabon says the measure will help provide relief to those who are suffering in a lawful and dignified manner.
Report a correction or typo
Related topics:
politicsraleighnclegislationstate politicsmedical marijuana
Copyright © 2022 ABC11-WTVD-TV/DT. All Rights Reserved - The Associated Press contributed to this report.
TOP STORIES
Creedmoor rallies around family that lost everything in house fire
Sheriff: Woman stabbed man with Sharpie, pushed him out of car on I-95
Raleigh City Council votes to ban exotic animals
Pullen Park attractions see price rate hike
Worker killed in North Carolina trench collapse
LIVE | Highland Park parade shooter charged with 7 counts of murder
Spotted lanternfly sighting confirmed in North Carolina
Show More
Man struck by lightning near island off North Carolina
Is your home prepared for hurricane season?
Wake County continues to scale down COVID-19 testing sites
Fireworks dazzle over Dix Park, downtown Raleigh for Fourth of July
Highland Park 4th of July parade shooting survivors speak out
More TOP STORIES News