No Christmas Mega Millions winner, but Powerball another chance at huge win 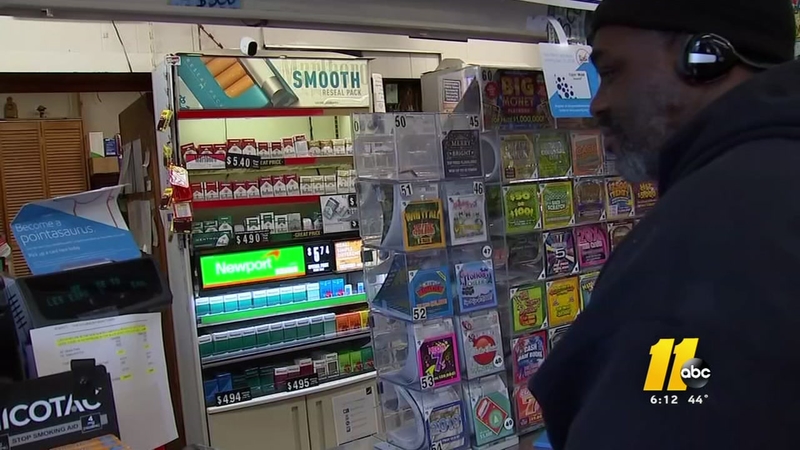 Nobody won the Mega Millions lottery drawing, increasing the estimated jackpot to $348 million.

Meanwhile, the Powerball lottery also has a large prize. The estimated jackpot for Wednesday night's drawing is $294 million.

"I just get tired of sitting up around the house. So I take a ride up here, ya know? Play a couple numbers a couple times," he said.

Gary Sidberry matched five numbers in the early 2000s when he played in Virginia's lottery. The luck has continued into the end of 2018: "If it's doing the right thing for the schools, it's OK with me. I'll play it," he said.

The last time someone won the Mega Millions jackpot was in October. A single winning ticket was sold in South Carolina for $1.5 billion, but nobody has yet claimed the lottery's largest ever prize. https://abc11.com/finance/winning-ticket-sold-in-sc-for-$15b-mega-millions/4534667/

If the prize isn't claimed by late April, the money will return to the 44 states that hold Mega Millions lotteries.

Meanwhile, Harris said that if he wins, he feels like he will inherit a lot of new family members.

"People I ain't never seen before," he laughed. "Hey cuz!"