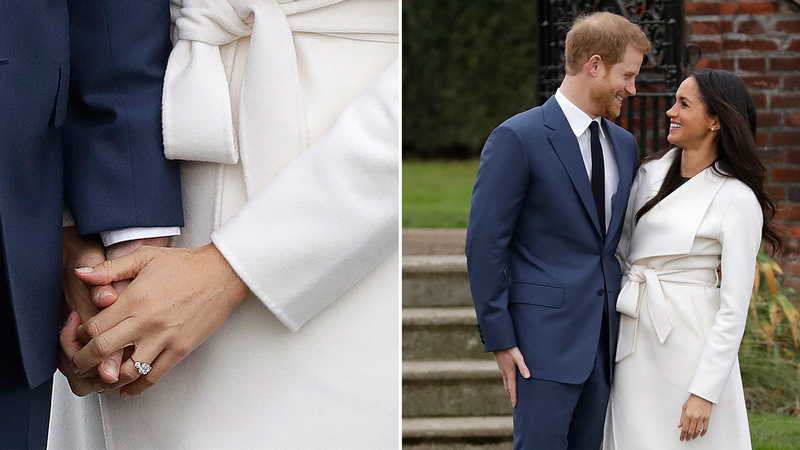 Prince Harry and Meghan Markle made an appearance outside Kensington Palace on Monday, and so did her ring.

Prince Harry himself designed the ring, according to the Royal Household, and he included special stones from his mother. The two diamonds on the outside are from Princess Diana's personal collection.

The ring also features a gold band and, in the center, a diamond from Botswana. The pair has spent time there together as a couple and it holds a special significance for them, according to the palace.

It was made by Cleave and Company, the queen's official jewelers.