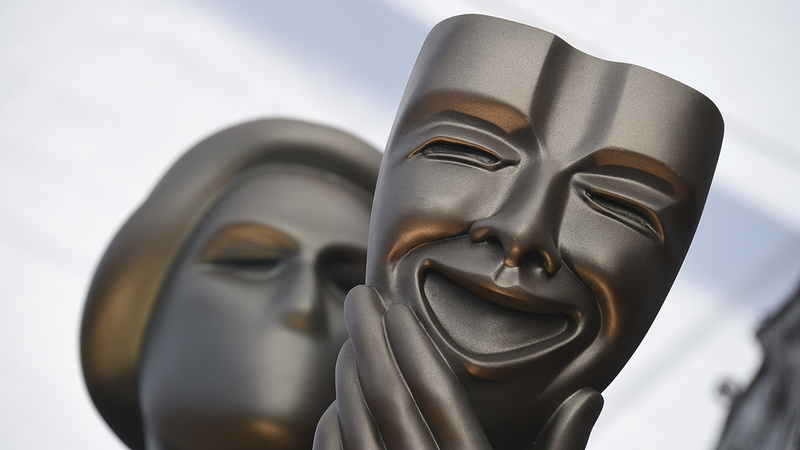 Actor Michael Keaton was late to the stage when accepting his Screen Actor's Guild Award, but once he was there, he made his time count.

Keaton, who won the award for his role in "Dopesick," Hulu's compelling recounting of the rise of opioid addiction in America, gave an impassioned speech in which he expressed his appreciation for the craft of acting and the ability to tell stories that can "improve someone's life."

"I'm the most fortunate person," said Keaton, who was late to the stage after taking an ill-timed bathroom break.

Through tears, Keaton dedicated his award to his sister, Pam, and nephew, Michael, who died in 2016 following a battle with drug addiction, he said.

.@MichaelKeaton receives Actor® for Outstanding Performance by a Male Actor in a Television Movie or Limited Series! #sagawards pic.twitter.com/oay0o96iX8

Through tears, Keaton said the gesture was fitting "given the subject matter" of the series for which he won.

Keaton, who won the award for best male actor in a television movie or limited series, had previously explained to the New York Times that losing his nephew was a motivating factor for taking part in "Dopesick," which is an adaptation of Beth Macy's book of the same name.

"I take pride in holding those people accountable for the victims of this opioid crisis," he told the Times last year.

In "Dopesick," Keaton plays a rural doctor who falls victim to a pharmaceutical company's deceptive advertising and business practices before struggling with addiction himself.

The series is available for streaming now on Hulu.