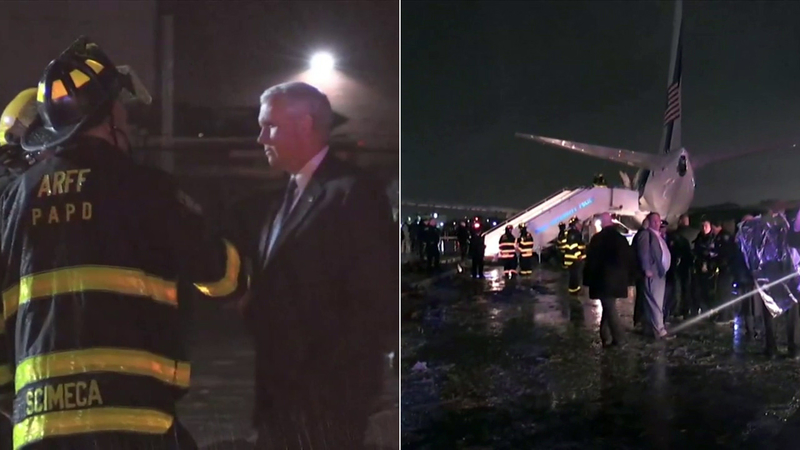 The event comes one day after the plane carrying Pence slid off the runway at New York's LaGuardia Airport. The NTSB is investigating the incident with the plane.

"So thankful everyone on our plane is safe," Pence tweeted Thursday night. "Grateful for our first responders & the concern & prayers of so many. Back on the trail tomorrow!"

So thankful everyone on our plane is safe. Grateful for our first responders & the concern & prayers of so many. Back on the trail tomorrow!

Pence is back on a plane Friday, though, as the campaign trail brings him to North Carolina both Friday and Saturday.

The 2016 Conservative Rally at the Central Marketing Tobacco Warehouse touts itself as a pre-election, get out the vote gathering. Gov. Pat McCrory and Lt. Governor Dan Forest are among those also scheduled to speak. Doors open at 3 p.m.

Pence will also campaign for the Trump-Pence ticket at the Jacksonville Commons Recreation Complex tomorrow at 4 p.m. Gates open at 2 p.m.