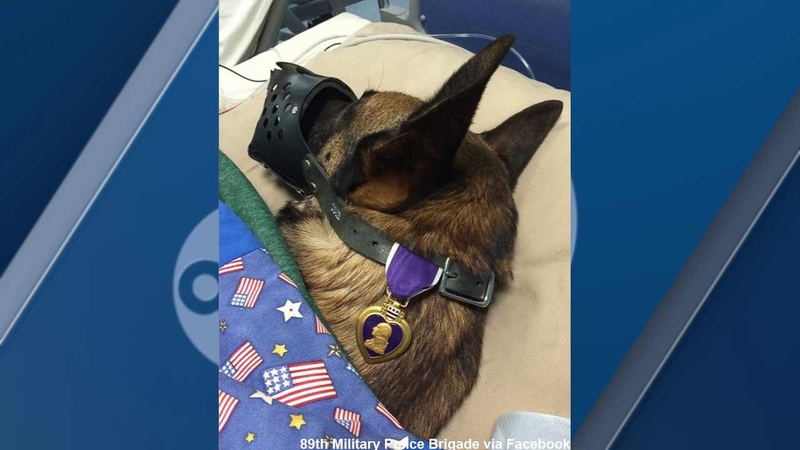 LOS ANGELES -- Military dog Rocky was awarded the Purple Heart after he was injured in Afghanistan. Now, a photo of the recovering K-9 wearing the award is going viral and warming hearts everywhere.

Rocky and his handler Spc. Andrew Brown have an amazing bond. They've been partners for two years.

Earlier this month, they were searching a compound in Afghanistan when a bomb exploded. Brown and Rocky survived the blast and were taken to a military hospital to recover side by side.

They were both awarded Purple Hearts for their bravery.

A photo of Rocky wearing the award was posted to Facebook last week and since then, it has garnered more than 130,000 shares and 100,000 likes.

Rocky is considered an American soldier, Brown explained, adding that a dog's rank is one above his handler's. Brown, a husband and father of two, credits Rocky for their work.

"I'm just really a guy with a leash. I bring him to the area and let him do his thing. If he responds, I translate that...let them know my dog got a response right here." Brown told ABC News.

Rocky is currently facing more surgeries in Germany. While Brown hopes to reunite with his partner soon, he's confident that Rocky "has high spirits like I do."