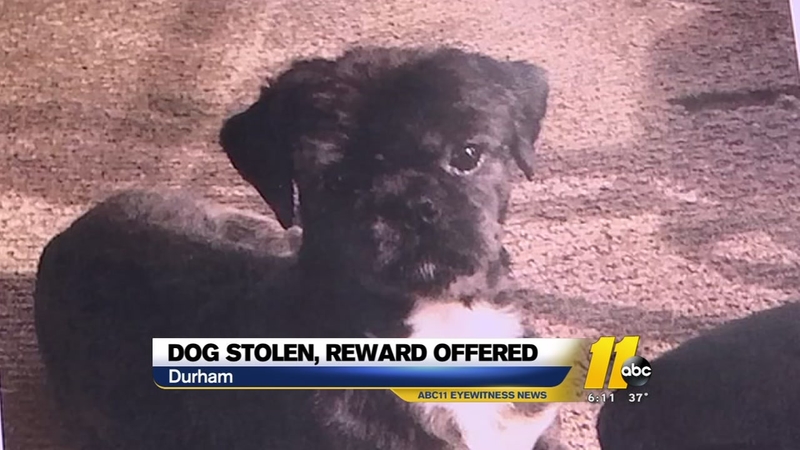 DURHAM (WTVD) -- A Durham woman is celebrating after she was reunited wither her dog, who she said was stolen Tuesday morning near her home.

Blanca Covarrubias told ABC11 her 4-year-old black and white Shih Tzu mix named Loui is back home, just hours after we released a story saying he was missing,

Around 10 a.m. on Tuesday, he disappeared minutes after he got out of her house.

When Covarrubias posted for help on social media, she learned the dog was seen with a man in a silver SUV about a block away, outside a daycare at the intersection of Broad Street and Stadium Drive.

"There was a female with him in the car and he got out, picked up the dog. Normally, I see dogs on the street, and I don't just pick them up and take them. And if I do, I return them to the owners. I was hoping it would be the same situation with me."

Covarrubias got the dog as a puppy when her father was very ill.

"He helped me through my whole depression," she said. "He's all I have."

Covarrubias said the man who took Loui brought him back.

The man claims he took the dog, knocked on some doors, and then took him to see if he was microchipped.