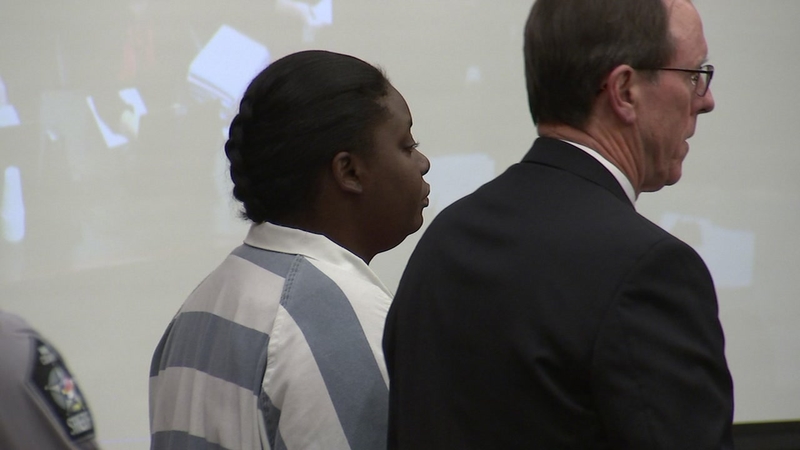 CARY, N.C. (WTVD) -- The death of a 6-month-old boy in Cary was ruled an accident, according to the North Carolina Medical Examiner's Office.

Myechia Avery, 30, is in custody charged with involuntary manslaughter and child abuse in the death of her son Benjamin Avery. Investigators said Myechia Avery faced criminal charges because she "grossly and negligently" failed to care for her child and "showed reckless disregard for human life to Benjamin Avery."

According to search warrants, Avery told police she placed her son in an unbuckled car seat on the floor of her bedroom so she could take a nap after an evening of drinking, smoking, and snorting cocaine with her friends.

When she awoke from her nap in the morning of Sept. 18, she found her son under a plastic bag of laundry. He was not breathing.

Benjamin was taken to WakeMed Raleigh Children's Hospital Emergency Department, but doctors were not able to resuscitate him.

Autopsy results found the baby died from asphyxia from being under a plastic bag. The autopsy found no other trauma on the child, therefore his death was classified as an accident.

Avery faced a judge Monday. She could face up to 12 years in prison if she is convicted of both involuntary manslaughter and negligent child abuse.