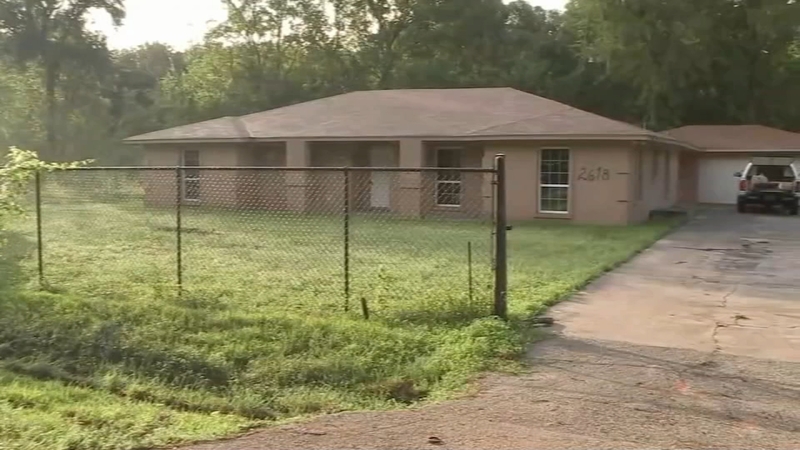 HOUSTON, Texas -- A Houston-area contractor, who was ambushed, tied up and thrown into a trunk naked, managed to escape almost-certain death, deputies say.

"I think, had he not gotten free, we'd be working a homicide case. I really believe that," said Lt. Jeff Stauber.

The man's ordeal started Sunday afternoon. Stauber says the victim is a contractor who was lured with the promise of a job to repair a flood-damaged home on Gault near Greens Bayou.

One man got him to the house where two others wearing masks were hiding in a closet. Deputies say they hit him in the face and then stripped him naked and tied his hands and legs.

According to authorities, the kidnappers tried to extort thousands of dollars from the victim's family, and when it did not work, they put him in the trunk of their car and drove to the Greenspoint area.

Investigators say the man managed to escape by pulling the release latch. He jumped out of the trunk on Rushcreek near Ella and ran to the closest house for help.

"He said, 'Help me. Call 911 and that was all,'" said the resident who did not want to be identified. "I didn't know he was naked until they came and got him out of the back yard. I am glad he got away."

As first responders were arriving at her home, the car the victim was in, was on fire down the street. There was no trace of the kidnappers. They got away in the victim's vehicle, which still has not been found.

The man was with his kidnappers for as long as eight hours. Deputies believe they have probably done something similar before.

Anyone with information is urged to call the Harris County Sheriff's Office Violent Crimes Unit at 713-274-9100 or Crime Stoppers at 713-222-TIPS.