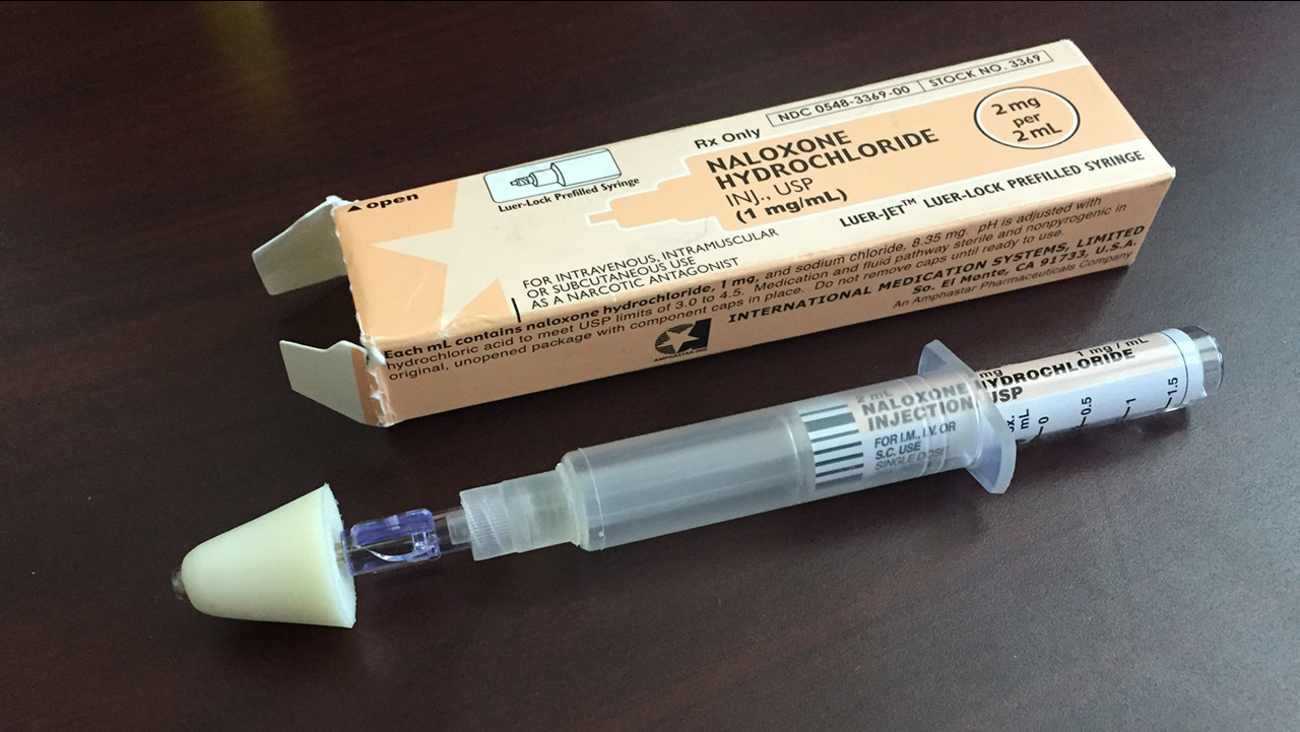 NORTH CAROLINA (WTVD) -- Gov. Pat McCrory is one of 46 governors to sign a national compact to fight opioid addiction.

This comes just a few weeks after the governor signed a bill into law that makes Naloxone available in pharmacies across the state without a prescription. Naloxone is an anti-opioid drug with the potential to reverse overdose cause by heroin and some prescription drugs.

According to the North Carolina Department of Health and Human Services, Naloxone has been used to save more than 3,300 lives in North Carolina since 2013.

"Our efforts to combat the heroin and opioid epidemic in our state are saving lives and having a big impact on North Carolina families, McCrory said in a news release.

"I am proud of our leading role in addressing this important public health crisis and encouraged to see governors from across the nation joining together in this effort."

The Carrboro Police Department is the first police department to use Naloxone on the field, and use it successfully.

Carrboro Police Captain Chris Atack said the use of Naloxone is not new in the medical field, but it is new to law enforcement agencies is.

"It's been in circulation for decades," Atack said. "The use of it by law enforcement is kind of new. There are now about a thousand departments nationwide that carry it. There are just under 100 in North Carolina."

WATCH: Atack describes what the department's first use of Naloxone to save a life was like.
EMBED More News Videos

While Atack said the drug provides enough time for medical professionals to potential save lives that would otherwise be lost.

"Naloxone is that initial, I call it a time bridge," he said "And so you get there in that crisis moment and you create time for the medical profession to get that person back, and that's a good thing."

He said that though the number of overdoses in the town of about 20,000 is relatively low, the ease and low-cost of implementing the program into their department made the decision a "no-brainer."

"We've had recently, about two months ago, a case where this person went into cardiac arrest and officers were performing CPR as EMS and fire arrived, and this whole chain was started by a person who worked with this person.

"I want you to think about that. They were dead - their heart was stopped, and CPR was in progress, and then 15-20 minutes later they were in the ambulance talking to the medic."

RELATED - Fayetteville officer uses injector to save man who overdosed

Wake County Sheriff Donnie Harrison said his department does not have a Naloxone program but is looking into it now that the medication is available for use through a nasal dispenser rather than a needle syringe.

The Durham County Sheriff's office is also looking into the implementation of a Naloxone program.

You can find a pharmacy selling Naloxone over the counter near you using this map.