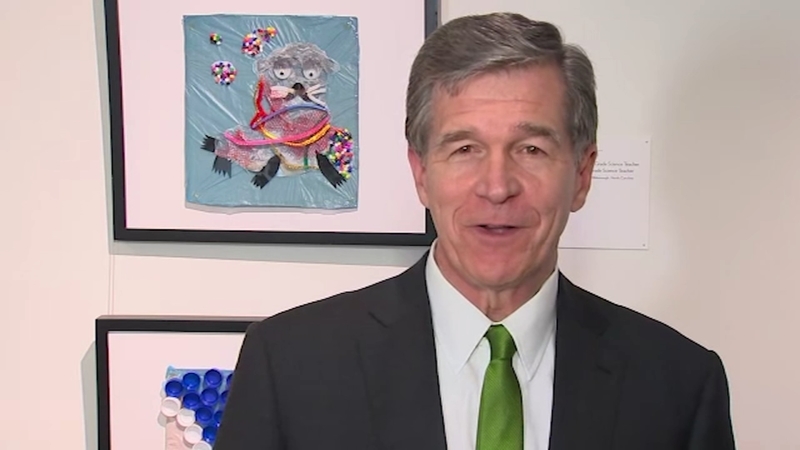 RALEIGH, N.C. -- Gov. Roy Cooper has issued an executive order allowing college athletes to earn money off the use of their names, images and likenesses.

Cooper's order, signed Friday, comes one day after an NCAA rule change went into effect allowing athletes to profit from their fame without endangering their eligibility or putting their school in jeopardy of violating amateurism rules.

"This order ensures that North Carolina has rules in place to let collegiate student-athletes earn compensation from their name, image and likeness," Cooper said. "Treating these athletes fairly and uniformly will help our state remain a competitive and desirable place to get educated and compete."

The NCAA's move suspended restrictions on payments to athletes for opportunities such as sponsorship deals, online endorsements and personal appearances. It came after multiple states - such as Florida, Alabama and Mississippi - already pushed ahead with NIL laws permitting those actions as of Thursday.

Cooper's three-page order outlines guidelines that include permitting schools to restrict players from entering into agreements if those conflict with an institution's contracts or "negatively impact" the school's image. According to a news release, the executive order sets "a standard for individual institutions to use as they formalize their own policies and procedures" while Cooper works with state lawmakers to pursue formal legislation to supplement the order.

Some schools, such as Duke already have released their own NIL guidelines.

At least 25 states have enacted laws or issued executive orders allowing for student-athletes to receive compensation for their name, image and likeness, with as many as 10 laws and executive orders taking effect Thursday.