North Carolina National Guard gets assignment in D.C. ahead of Inauguration 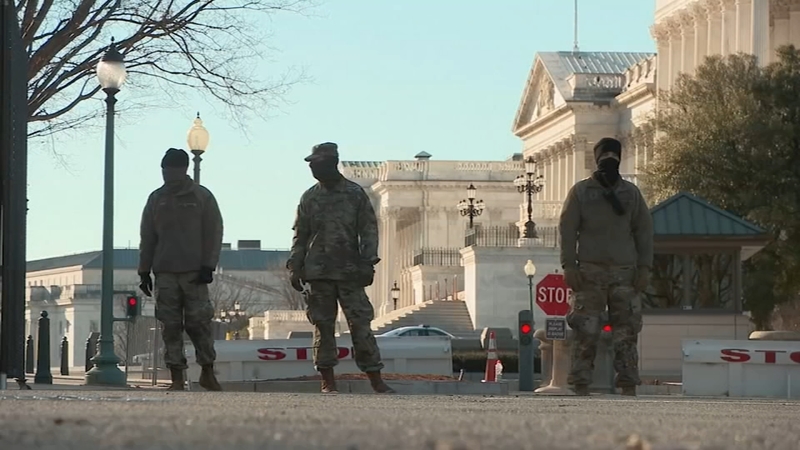 North Carolina National Guard gets assignment in D.C. ahead of Inauguration

The North Carolina National Guard is being represented this week in Washington D.C. ahead of President-elect Joe Biden's Inauguration.

The guard sending people to the nation's capital is nothing new. It happens every four years. The difference is that in the past, the units were communications or civil support and never more than 20.

Joe Biden's inauguration: Everything to know about date, time, performers and how to watch live

Those guardsman will specifically be assisting the D.C. Metro Police. They're stationed at six Metro stops and are on call for engagement, which means, if there were to be an attack, the NC guard is the primary backup.

North Carolina's contingent of soldiers is among the nearly 25,000 from all 50 states and even four territories.

Lt. Col. Jim. McVeigh says, despite this unprecedented assignment, his North Carolina troops remain positive, despite not knowing exactly when they'll be home.

"I don't think anyone really knows what's going to happen after Wednesday," he said. "So we're here. We'll continue the mission if that's what's asked of us. Our goal is to ensure the peaceful transfer of power and hopefully we can deescalate and everyone can go home."