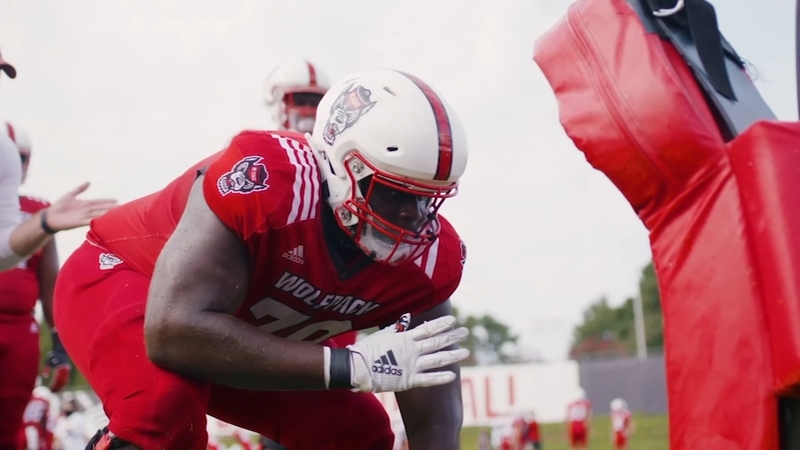 Citing rising COVID-19 cases on campus, UNC-Chapel Hill announced all athletics would be suspended until Thursday at 5 p.m.

However, the Wolfpack put on pads for the first time Wednesday--a welcome sign that actual games might be around the corner.

Senior offensive lineman Joe Sculthorpe had his doubts this would ever happen.

"Being able to get back to actually playing football as opposed to just spreading and doing walk-through's and talking through things is a lot more fun than sitting around and questioning if we're even going to be able to hit at practice," Sculthorpe said.

"We're testing every day and we've been good," Doeren said. "We've had more scares than anything. You know a guy will have a headache and we've got to hold him out until he gets retested and then he's fine."

RELATED: Here's an inside look at NC State's COVID-19 preparations before students head back to campus

Fellow receiver Emeka Emezie said he understands why Surratt may not want to play.

"I mean everybody has their different feelings about the season and what not," Emezie said. "I was kind of having that struggle like 'now what's going to happen', but now I just try to take every day as it is."

Surratt, whose brother Chazz is a star linebacker at UNC-Chapel Hill, is the fourth All-ACC caliber player on State's schedule to pull the plug on the season. Emezie is watching the news, but also remains committed to his team.