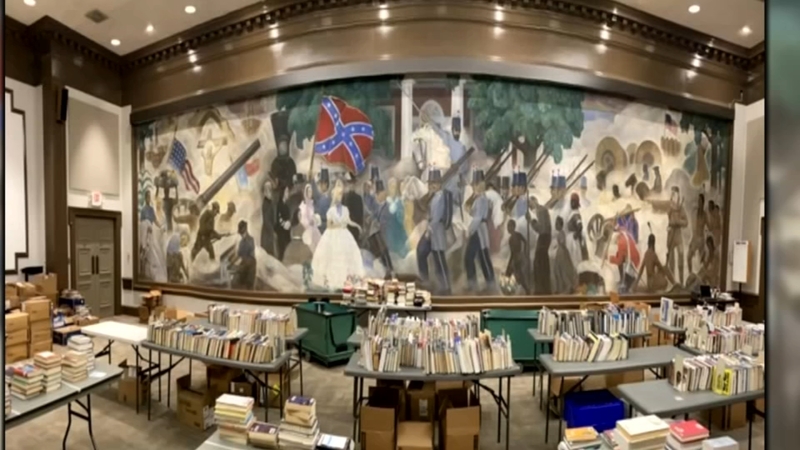 CABARRUS COUNTY, N.C. (WTVD) -- A North Carolina library is at the center of controversy by many who say it displays a Confederate flag, soldiers, Native Americans and images of slavery.

"I think now is the time for Cabarrus County to be a leader in this fight for justice, and righting the wrongs of the past," Jerl Hyman-Green, with the Cabarrus County Library System, told WSOC.

The mural is currently out of sight to the public due to the pandemic.

"When I saw the mural, it was such a visceral reaction," Hyman-Green said.

A state chapter president of the NAACP, Amos McClorey, called the mural "shocking at first."

The mural depicts a Confederate flag and soldiers, religious imagery to the left, images of Native Americans to the right and images that Rev. Dr. T. Anthony Spearman, the president of the North Carolina NAACP symbolize slavery. 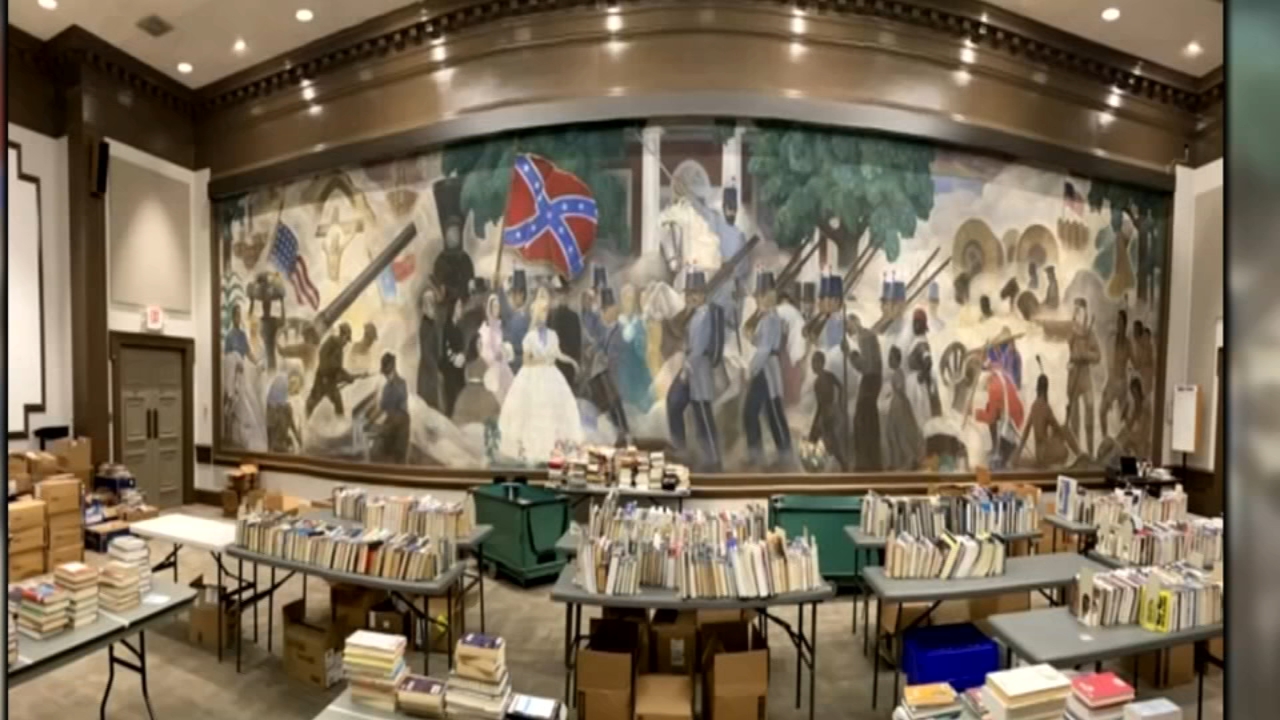 "Is this the history we choose as a county to embrace? We have a lot of history... that can absolutely be explored, yet this is what we have chosen."

"You have images of four, I think it's four people who seem to symbolize slavery. These are images that are extremely offensive and dehumanizing to us as a people," said Rev. Dr. Spearman said.

"For children programs, adult programs, adolescent programs to be presented in a room that houses this monstrosity of a viewing, is criminal," Hyman-Green said.

Hyman-Green said the mural is often covered up but still remains in the public library. In fact, back in 2014, the country covered the mural with a screen. Since then, people have had to schedule a presentation with a library historian to see it.

"Is this the history we choose as a county to embrace?" Hyman-Green questioned. "We have a lot of history... that can absolutely be explored, yet this is what we have chosen."