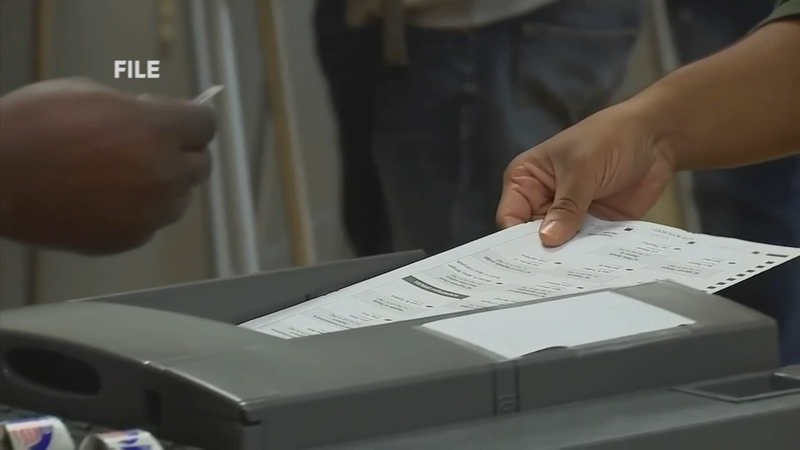 RALEIGH, N.C. (WTVD) -- The Republican-led General Assembly on Wednesday voted to further delay the primary election until June 7 just as the State Supreme Court will hear arguments on redistricting.

"As we've seen from multiple court cases and primary dates keep getting pushed further and further out," Sen. Ralph Hise, a Republican representing parts of Rutherford and McDowell counties, among others, told ABC11. "It's creating a lot of confusion for when voters vote, what the districts will look at."

The North Carolina Supreme Court late last year halted candidate filing in all races for the November 2022 election and pushed back the Primary Election from March 8 until May 17.

The order capped a furious 72 hours of legal wrangling over the fate of North Carolina's newly drawn legislative and congressional districts, which were approved by the Republican-led General Assembly earlier this year.

"This is no longer just a legislative matter," Sen. Dan Blue, a Wake County Democrat and Senate Minority Leader, told ABC11. "It's a judicial matter before an equal branch of government. That's why we have three separate branches."

The North Carolina Supreme Court has a 4-3 Democratic majority, though the Chief Justice is Paul Newby, a Republican. According to the order, the court is demanding the lawsuits are heard and considered by the trial court, and there must be a decision made by that court by January 11, followed by subsequent appeals.

"The main problem with the plaintiff's case is there's no real standard that determines definitely that what Republicans did was beyond what is permitted with redistricting," said Mitch Kokai, a senior political analyst at the conservative John Locke Foundation. "The process that we have is that the party that controls the General Assembly gets to draw the maps. Republicans control the General Assembly, they get to draw the map,s and as long as they don't violate anything that's been set out either in state law or in previous court precedent, they should be allowed to do what they did."

Representative Destin Hall, a Caldwell County Republican and chairman of the House Rules Committee, lauded his GOP colleagues for approving the maps last year after several weeks of committee meetings that were broadcast live for the first time. The maps split the state into 50 State Senate districts, 120 House of Representatives, and 14 Congressional districts.

"This is the most transparent process in the history of this state," said Hall. "We voluntarily chose to be out in public and not use election data, even though by law we didn't have to do that. We chose to do that because that's the right thing to do. We did that. This body did that."

Though Democrats roundly voted against all the proposed maps, they reserved particular ire for the congressional map which several analysts predict will give the GOP a good chance of winning as many as 11 of 14 districts -- an astounding number considering how evenly divided the state is between registered Democrats, Republicans and independents.

Historically, Democrats and Republicans in North Carolina and across the country have been accused of drawing maps that presuppose outcomes to help their electoral chances.

Complaints about partisan gerrymandering almost always arise when one party controls the redistricting process and has the ability to maximize the seats it holds in a state legislature or its state's congressional delegation. Republicans, however, have been under intense scrutiny since becoming the state's majority party in 2010.

Indeed, the U.S. Supreme Court issued a landmark decision in 2019 on partisan redistricting, in a case involving North Carolina, where the 5-4 majority ruled federal judges should stay out of state redistricting issues.

A new lawsuit, moreover, was filed in Wake County last month by the left-leaning Southern Coalition for Social Justice (SCSJ), which brought the case on behalf of the North Carolina NAACP, Common Cause, and individual voters.