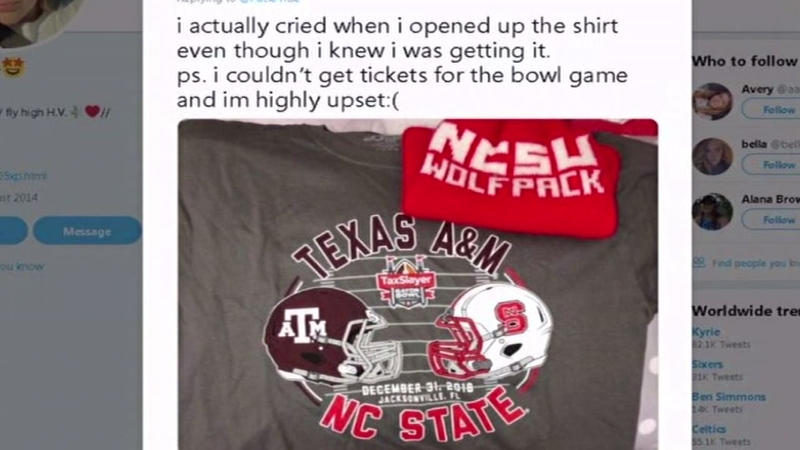 On Christmas night, NC State fans were sharing with each other what Wolfpack gear they received for Christmas.

One woman posted a picture of a Gator bowl T-shirt and NC State winter hat with the message, "I actually cried when I opened up the shirt even though I knew I was getting it. PS. I couldn't get tickets for the bowl game and I'm highly upset."


i actually cried when i opened up the shirt even though i knew i was getting it.
ps. i couldn’t get tickets for the bowl game and im highly upset:( pic.twitter.com/Ejg7JtMW95

NC State Athletics Director, Debbie Yow responded to the woman's tweet asking her if the tickets were sold out. The woman responded saying, "No, they weren't. I asked for some for Christmas but unfortunately, they just weren't able to get them for me."

Yow responded by saying if the woman would like to attend the bowl game, Yow would make that happen, "Seems like it means a lot to you and parents cannot always afford expensive gifts."

She then added her email for the two of them to work out the details.

Yow later tweeted that NC State is thinking about making this a tradition, to help out one family for every bowl game.