It's that time again - can NC State finally shock Clemson? 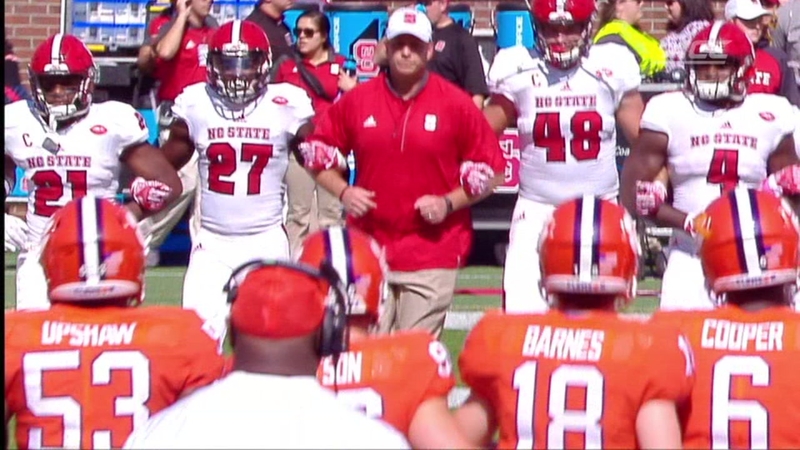 N.C. State looks forward to another crack at Clemson

RALEIGH, N.C. (WTVD) -- The last several years of the NC State-Clemson series (not a rivalry, but a win this weekend might change my mind) have produced any number of specific heartaches for the Wolfpack. From Bryan Underwood was inbounds, to Kyle Bambard's push to that illegal shift last season.

What these most recent games have also proven is that while the Wolfpack may not recruit in the stratosphere like the Tigers, they're definitely in the same zip code once they take the field. That's a credit to State's players of course, but also their coaches.

Dabo Swinney said he thought Clemson lost the line of scrimmage battle with State's offensive line last year. Given the monsters that populate the Tigers defensive line, that's quite a statement and compliment.

Still, a loss is a loss is a loss. I'm a believer in moral victories maybe once, but coming close repeatedly only to always lose is just nauseating. It's time for a breakthrough.

Can this be the Pack team to do it? They're certainly more equipped to do it than two years ago when they definitely should've pulled the upset in Death Valley. Clemson is excellent, but not invincible. I don't think State will win Saturday, they are after all a two-plus touchdown underdog, but I think we're in for another very close contest. We know Clemson knows how to win these games. The burden of proof is on the Wolfpack.