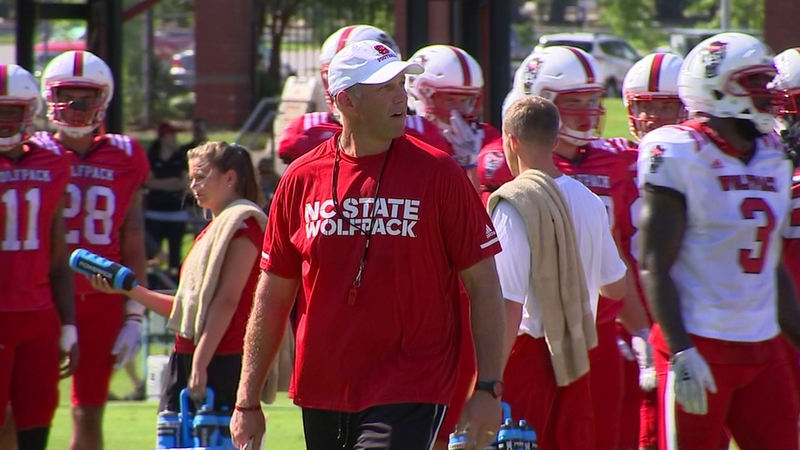 RALEIGH, N.C. (WTVD) -- The N.C. State football team has a chance to finish the year with 10 wins, but to do so, the Wolfpack needs to beat Texas A&M in the Gator Bowl on New Year's Eve.

This would mark the first time the Wolfpack has finished with exactly 10 wins. They had an 11-win season in 2002.

The recent success has left Coach Dave Doeren with the job of rearranging his staff.

Doeren decided to promote from within, leaving Des Kitchings and George McDonald as co-offensive coordinators -- both men say they are grateful for the opportunity.