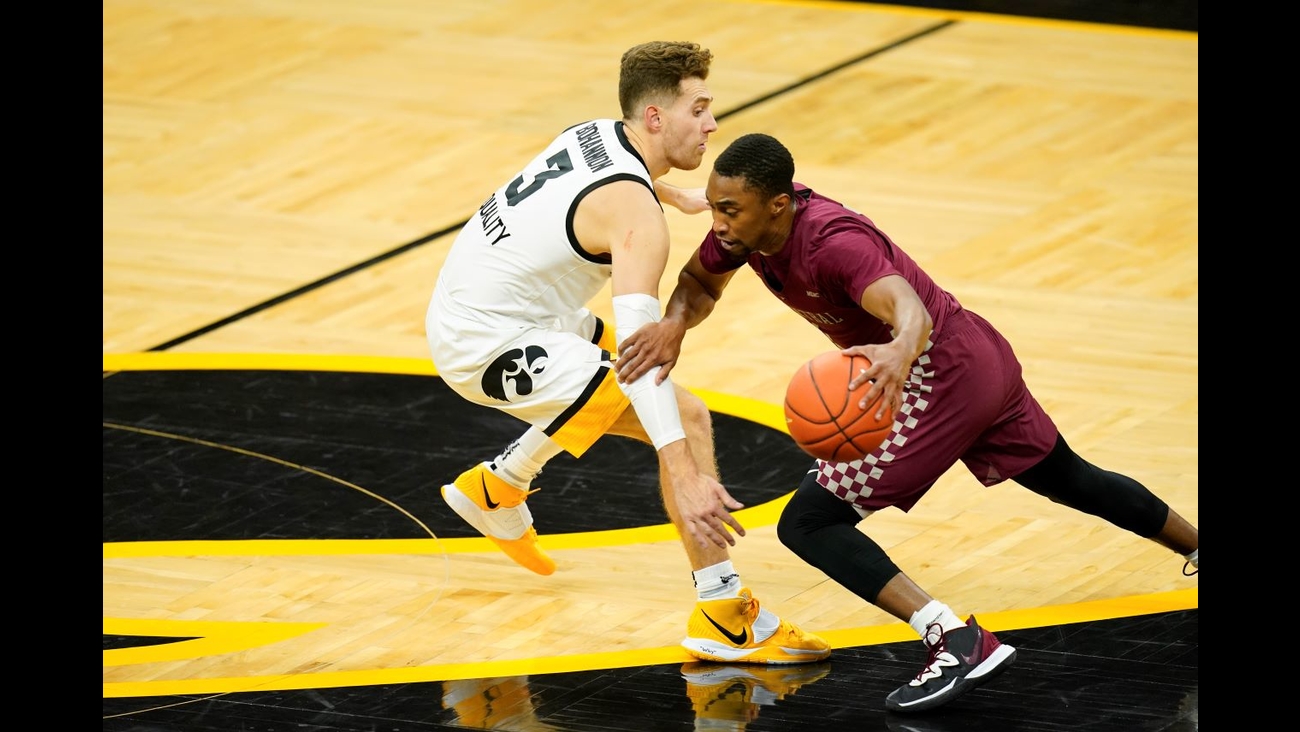 IOWA CITY, Iowa (WTVD) -- North Carolina Central University got off to a quick start but fell to No. 5 Iowa in its season opener, 97-67, at Carver-Hawkeye Arena.

NCCU (0-1) started quickly as Jamir Moultrie hit a pair of 3-pointers to open the game and led the Hawkeyes 22-20 at one point in the first half.

The Eagles' shooting cooled off after that and Iowa pulled away for a 44-29 halftime lead.

"They did a good job early, being aggressive," Iowa star Luka Garza said about the Eagles.

Keegan Murray had 17 points for the Hawkeyes (1-0) and Garza, the 2020 National Player of the Year, scored 16 of his game-high 26 points in the second half to help Iowa steadily increase its margin. He also added 10 rebounds.

"Whenever it leaves his hand, you're surprised when it doesn't go in," Iowa coach Fran McCaffery said. "He just has an uncanny knack, and touch, around the basket, and it also extends out on the floor, which makes him a handful to guard. We're just thrilled that he keeps working and he's such an unselfish guy."

The Big Ten player of the year last season and the lone unanimous selection on the preseason AP All-America team, Garza had his 17th consecutive game of 20 points or more. He was 11 of 14 from the field against constant double-teams.

"You know, I think that's a move I've worked on a lot," Garza said about the shot in the second half that had him smiling as he headed to the other end of the court. "Trying to add some moves in the post, and just trying to get comfortable making different moves. It was nice to get that one through."

Nicolas Fennell had 12 points and seven rebounds for NCCU and C.J. Keyser put in a team-high 15 points.

The Eagles have a short turnaround, as they'll hit the floor again in less than 24 hours against Southern at 4 p.m. on Thanksgiving Day.