Is the NCDOT filling reported potholes on time? 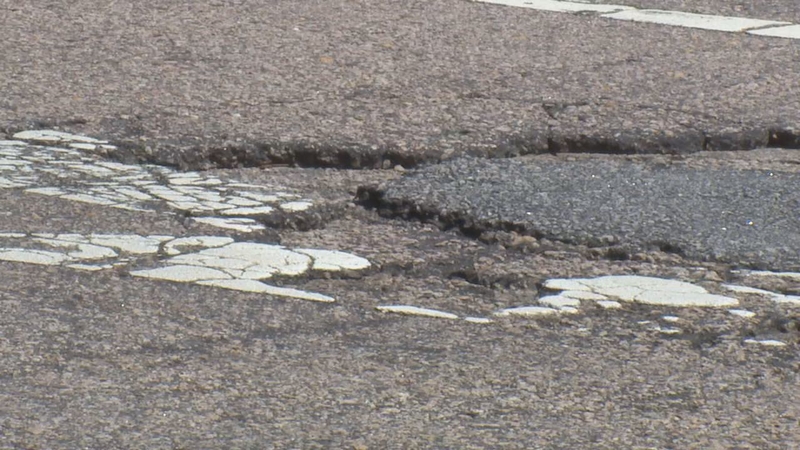 RALEIGH (WTVD) -- Drive any of our roadways, and you're going to see a pothole. I hear about pothole complaints often from viewers.

Under a new law that started this year, once a pothole is reported on a state-maintained road, the NCDOT has two business days to repair it. The NCDOT launched a new pothole reporting database to help drivers report potholes and meet that state mandate of filling potholes within the 2 business days.

HOW TO REPORT A POTHOLE

I dug into the numbers to see if the state was meeting the deadline.

In Division 5, which includes Wake, Durham, Person, Granville, Franklin, Vance, and Warren Counties, 1077 potholes were reported since the beginning of the year. Only 639 were fixed within the promised 2 business days, that's just a 60 percent success rate in meeting state law. The NCDOT filled the 385 potholes after the 2 day deadline.

Steve Abbott with the NCDOT says, "Wake County has more state road miles than any other county in the state. So it's the big dog sort of speak."

As to why some potholes didn't get repaired right away? Abbott says, "It depends on the pothole itself. It might be something that needs extra material." He adds, "If it's an emergency repair it means it's a big safety issue. Some of the potholes have safety issues, they get addressed right away. Some others may not."

In Division 4 which includes Johnston, Wayne, Wilson, Nash, Edgecombe and Halifax Counties, 147 potholes were reported. 142 were filled within the 2 days, and the 5 other potholes were taken care of after that. The NCDOT filled 96 percent of the potholes within the state law.

Abbott says the key to success is consumers reporting the problem. "The new system, as soon as they enter it in and push a button, send it, it gets put into the pothole crew's system. If you send something at 8 p.m., the next morning when the crews come in and get their list of what they have to repair, it will be on that list."

In Division 7 which includes Rockingham, Caswell, Orange, Alamance and Guilford Counties, 188 potholes were reported to the NCDOT and 175 were filled within the 2 business days. According to the NCDOT 4 were filled after that and 9 are still waiting to be filled.