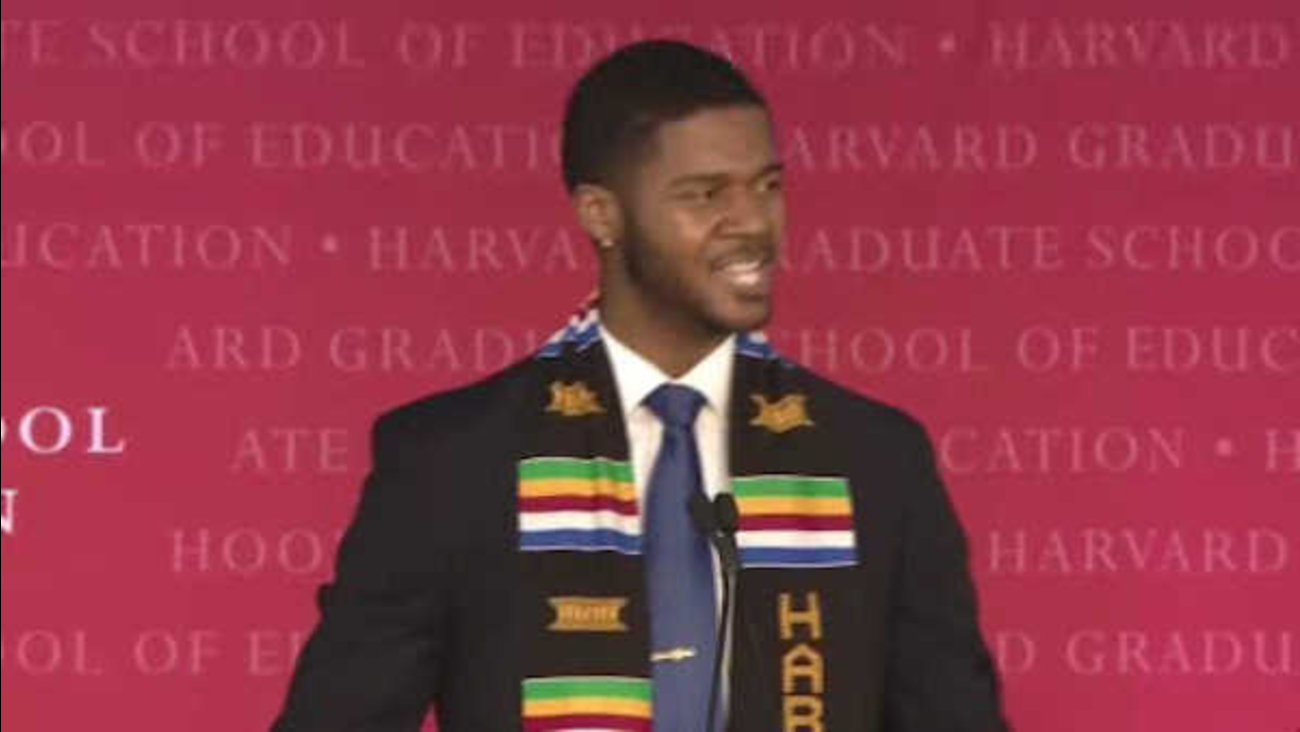 CAMBRIDGE, Mass. -- Social media is buzzing over a Harvard graduate student's poetic commencement speech, which has garnered millions of views and the attention of celebrities.

Donovan Livingston, who received his master's degree in education, addressed his classmates Wednesday with a spoken-word poem outlining the historic obstacles that have prevented African-Americans from getting an education.

The speech begins with a quote by education reformer Horace Mann and references influential African-Americans including poet Langston Hughes and abolitionist Harriet Tubman.

The Harvard Graduate School of Education posted a video of Livingston's speech on Facebook, saying it was "One of the most powerful, heartfelt student speeches you will ever hear!"

More than 8 million have viewed the video, including superstar Justin Timberlake, who shared it on Facebook, adding the caption: "You don't feel inspired- Here you go."

Livingston did his undergraduate work at UNC Chapel Hill according to his Linkedin profile.