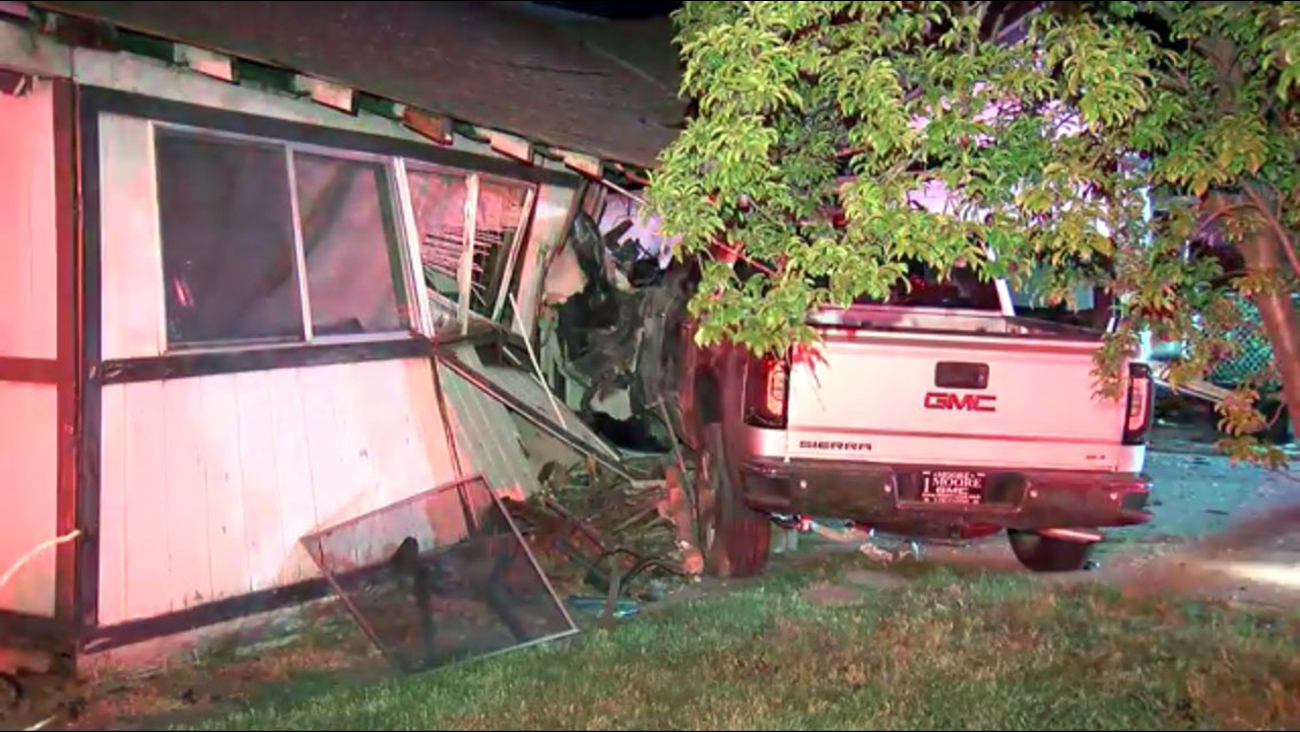 SAN JOSE, Calif. -- A homeowner in San Jose, Calif. is dealing with a mess after a car crashed into the side of his house.

The homeowner say vehicles have crashed into the home 19 times. This vehicle went through a chain link fence and knocked down these poles filled with concrete and buried four feet deep. It ended up crashing into a Honda and pushing it into the garage.

Here's homeowner Ray Minter telling us what he heard just before 11 p.m.

"Heard rumblings, house started shaking. Of course I thought it was a regular accident out here. Earthquake or something then I heard my neighbors and stuff were hollering. I couldn't come out the front door or the garage. I had to come all the way around. And the guy was in the car and he gets and goes 'I'm drunk,' you know, this and that," said Ray Minter, homeowner.

Minter thinks the driver was doing about 90 mph in the GMC Sierra pickup truck when he came off I-680 at South Jackson Avenue and crashed into his home. He says the driver appeared to be uninjured and neighbors held him until police arrived.

Minter said he's lived here since 1960 and most of the crashes were actually drivers turning from South Jackson Avenue. He says four of the 19 crashes have been drivers coming off I-680.
His mother also lives with him. She's okay but is staying somewhere else for now. They have a cat who may have been in the garage. They're afraid she was killed.

Ray says he has insurance and hopes to rebuild.

Homeowner on S Jackson Ave in San Jose says 19 crashes happened at his house since 1960.
Latest one of the worst. pic.twitter.com/O51VFcghKz