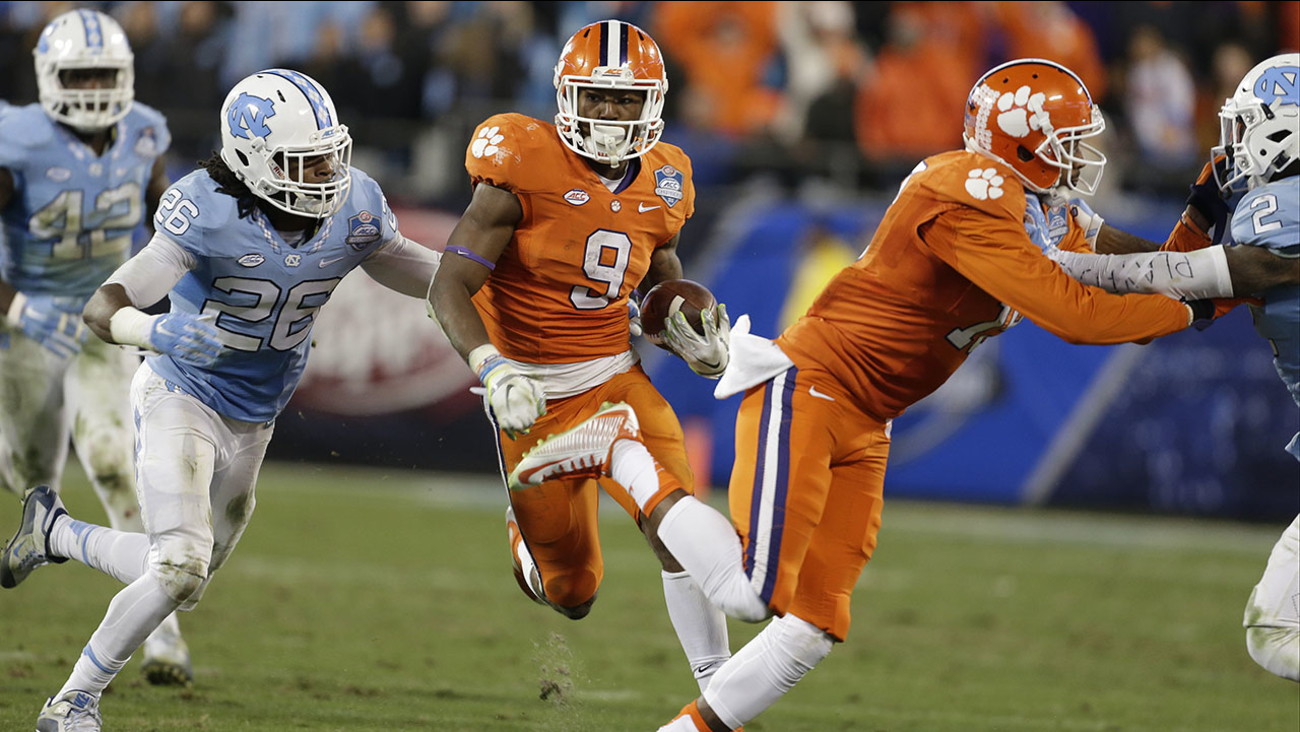 Clemson's Wayne Gallman runs against UNC during the ACC championship game in Charlotte in 2015. (Bob Leverone)

The ACC will continue to play eight league games with a requirement for a ninth game against a Power 5 nonconference opponent, the league announced Wednesday. The decision will cost each school about $500,000 in television revenue, industry sources told ESPN's Brett McMurphy.

With a new TV deal in place with ESPN and the launch of a new ACC Network in the works for 2019, the league expanded its conference schedule for basketball (from 18 to 20 games, starting in 2019), but a move toward more intraconference football games was hotly contested by several schools with annual rivalry games outside the league.

Clemson athletic director Dan Radakovich staunchly supported the status quo on conference scheduling. While the league will miss out on network incentives, he said it wasn't a major issue.

"Those were big numbers, but when you break it down after shares and dividing the dollars within the league, it was not anything that moved the needle," he said.

Florida State, Georgia Tech and Louisville also strongly opposed an expanded league schedule because it would limit flexibility to schedule other out-of-conference games beyond their annual rivalry contests against the SEC.

ACC commissioner John Swofford said maintaining the status quo on scheduling was "majority rule, and "If you look at our football right now, it's as strong or stronger than it's ever been. ... It's working, and hopefully that can continue."

Other schools favored expanding conference play in order to see cross-divisional opponents more often and to simplify nonconference scheduling. The Big Ten, Big 12 and Pac-12 all play nine conference games, while the ACC's regional rival, the SEC, has stayed at eight.

"I like playing conference teams. Now we play Duke twice in 12 years," she said. "There's a problem with that."