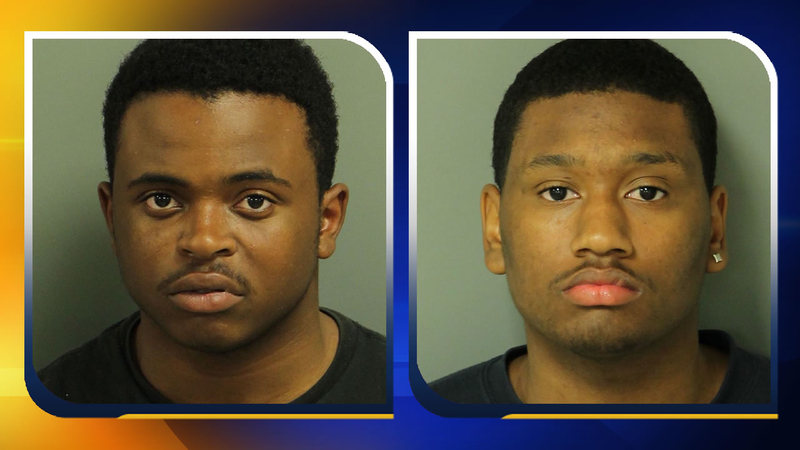 Police said 16-year-old Taquan Shmar Jeffries is charged with second-degree forcible rape, first-degree forcible sex offense, and possession of marijuana. He was being held under a $1.5 million bond at the Wake County jail.

A second teen, 18-year-old Ajeema Caribe Bullock, is charged with aiding and abetting a first-degree-sex offense and obstruction of justice. His bond is set at $750,000.

According to arrest warrants, Bullock was acting as a lookout when the incident happened.

According to a 911 call - which was made from WakeMed Cary - a 16-year-old girl was attacked in a stairwell during fourth period at the school.

The caller appeared to be an adult who had spoken with the victim.

However, according to the 911 caller, Bullock actually tried to stop the assault.

"She was encountered by two boys that she knows to be a 'Blitz' and an 'A.J.'," the caller said. "'Blitz' being the one that assaulted her but 'A.J' saw the progression where the boy was sticking his hand in her pants ... she was trying to get away from him. But he didn't stay. He was telling the boy, 'C'mon, c'mon, let's go, stop', you know. And he didn't listen."

Both suspects will face a judge for the first time Monday afternoon.

Earlier this year, an Athens Drive High School basketball player was accused of sexually assaulting a student inside the school.

Michael Armstrong, 16, is charged with two counts of second-degree sexual offense and one count of first degree kidnapping.

The accuser's mother said it happened December 14, 2016 in the school's locker room.