Who has the sweeter deal, Doeren or Fedora? 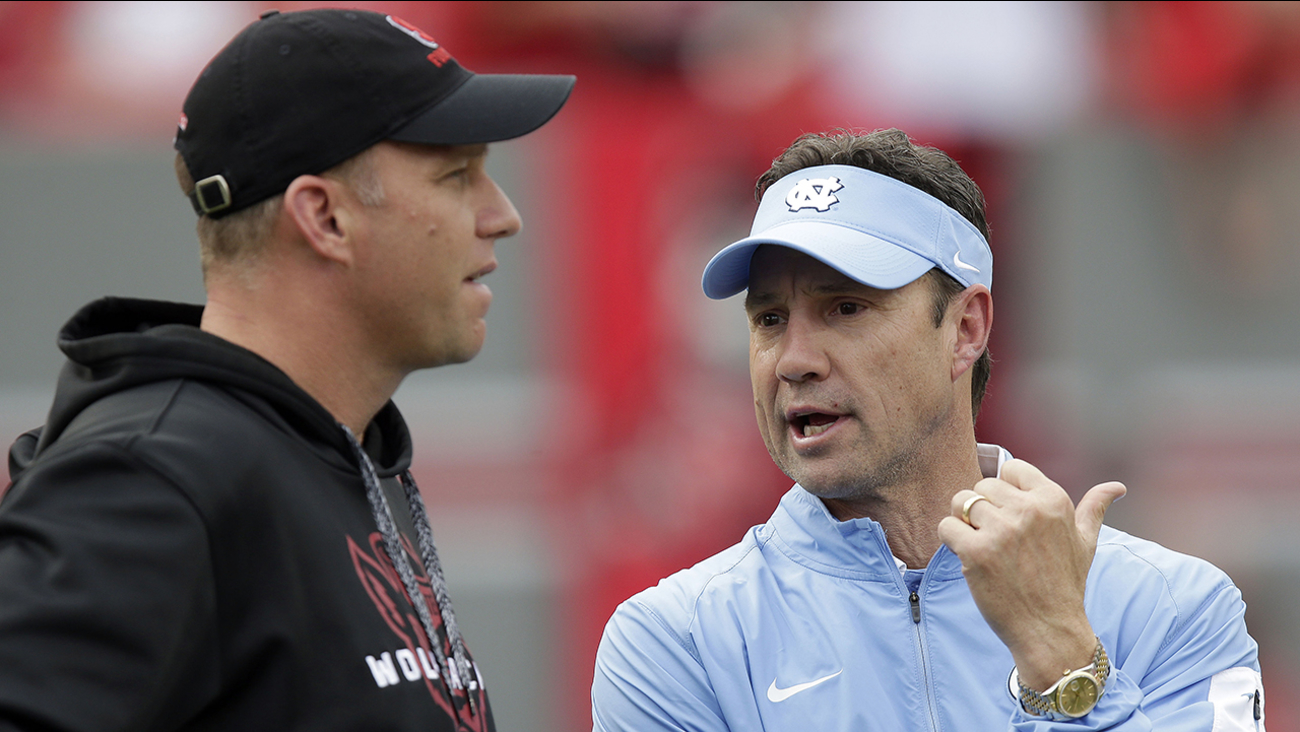 Larry Fedora got a new contract extension from UNC on Thursday, aimed at keeping him in Chapel Hill through at least 2022. Dave Doeren's last extension came back in 2015 and locks him up through 2019.

Because everything's rivalry fodder, I thought it'd be fun to compare the contracts of the two Triangle rivals. (Duke's David Cutcliffe works at a private school, so he didn't want in on this party).

*Doeren's contract can be extended if, in any contract season, his team wins 8 games (1 additional year) or 10 games (2 additional) years. With back to back seven-win seasons, this has not been triggered.

Base salary of course is just the breadcrumbs of most any Power 5 conference coach's contract. The real fun starts with...

This again is just a starting number. The beauty of Dave's contract is in the bonuses. Within his supplemental compensation are kickers aimed at incentivizing winning (what a concept!). Doeren's 1.36 million gets juiced by $100k if the Pack wins eight games, $200k if the Pack wins 9 and a whopping $400k if they get to 10 wins. That money is payable toward his next season's supplemental compensation. To illustrate, say State won 10 games the next two years running. Instead of $1.36M, he's pulling $2.16M in supplemental income in 2019 and because of the year kickers earlier explained, will have earned four additional years on his contract. (Probably moot, as Debbie Yow or her successor would tear up his deal and start anew with something much fatter)

Here's where it really gets good. I'll start with the similarities.

Both Fedora and Doeren earn the same bonuses for:

Winning their Division: $100k
Appearing in a New Year's Six Bowl: $100k
That's it. That's the list. From there, things skew quite dramatically:

All of these on-field bonuses for both coaches are cumulative, so they can be massive sums. Fedora's max amount of bonuses he can earn is $900k. For Doeren, that number is $1.05M.

But wait, there's more, and this is where the Fedora and Doeren luxury sedans (Doeren provided with two by the school) really take different paths...

Larry Fedora has one bonus he can earn tied to academics. He gets $50k if the UNC Football team's APR (Academic Progress Rate) exceeds 960. That's it.

Dave Doeren on the other hand, can make an additional $700k in bonuses related to the academics of his team!

Let me pause for a slight editorial here - this seems particularly wrong to reward a coach financially directly because one of his players has labored exceptionally hard on the field and in the classroom. How is this justifiable and within the 'spirit of amateurism' and student-athlete welfare?

Conclusion: If Dave Doeren can figure out how to start winning conference games, he'll be in the money. Oh, who am I kidding, they're both in the money.

WATCH: Fedora on the one thing that keeps him up at night
EMBED More News Videos

UNC coach Larry Fedora has one main concern as he enters a new football season.