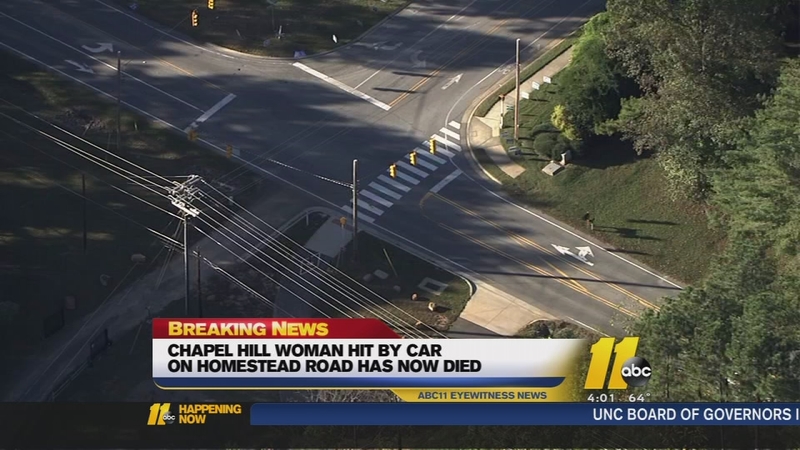 It happened at the intersection of Weaver Dairy Road Extension and Homestead Road around 1:15 p.m.

A dark brown sedan reportedly involved in the collision fled the scene in the direction of Martin Luther King Jr. Blvd.

Guo Qi Zheng of Old Larkspur Way in Chapel Hill was rushed to UNC Hospitals and later died from injuries sustained in the crash.

Investigators would like to speak to anyone who may have witnessed or stopped at the scene of the crash.

Anyone with information is asked to call either the Chapel Hill Police Department at (919) 968-2760 or Crime Stoppers at (919) 942-7515. Calls to Crime Stoppers are confidential and anonymous, and the caller may be eligible for a cash reward up to $2,000 for information that leads to arrest.