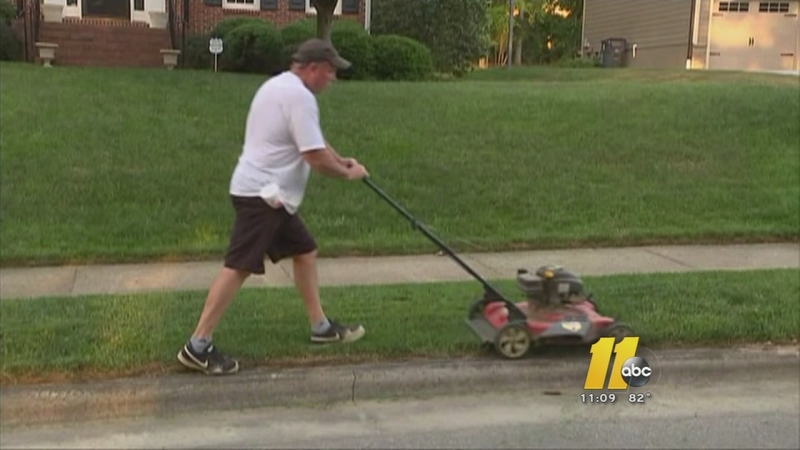 CARY, N.C. (WTVD) -- The Cary Town Council voted on a new rule Thursday evening that would loosen restrictions on how early lawn mowers can be fired up.

It's a story we first told you about a few months ago.

Cary's noise rules can be confusing, and the debate over them has been contentious. However, it's finally over.

Butler lives on the Preston-Highlands Golf Course. He's been complaining for months about the early morning sounds of lawn mowers, leaf blowers, wood chippers, and chainsaws by maintenance staff.

When he brought his complaints to the media, he said the noise pollution got even worse -- mowing at 6 a.m., which was then a violation of town ordinances. Butler said he was being targeted by the club.

"I'm a member. I'm a golfer. They're all my friends," Butler said, "but when you stand up to golf, you pay a price, and apparently I'm paying that price ".

Town leaders were sympathetic to Cary golf club owners, who argued current rules barring them from mowing playing surfaces other greens before 7 a.m. on weekdays during peak months, were hurting business.

The new rules exempt golf course from the noise rules after 6 a.m. However, council said it's strengthening the definition of what constitutes a noise violation across Cary -- nothing louder than 63 decibels.

"We're making it tougher for the clubs. We're putting a peak in and we're going to penalize if they hit 63 [decibels]," said Council Member Jack Smith.

After months of wrangling, Butler started a petition and website but it's all over now. A quiet ending to what has been a noisy debate.

Town Council pledged to revisit the issue in a year to weigh any concerns or complaints that may arise about the new rules.