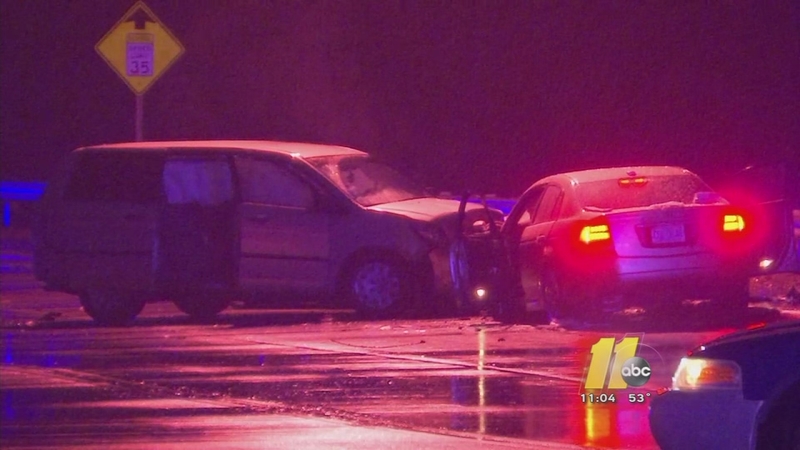 RALEIGH (WTVD) -- Seven people, including 3 children, were treated Monday for injuries after a crash in the 7700 block of Perry Creek Road in Raleigh.

Police said some of the injuries are serious.

"I saw a lot of lights, police," said one witness. "Ambulances, it looks like something bad happened."

When ABC11 cameras arrived, a minivan and sedan were sitting nose-to-nose and a work van was in the middle of the road.

According to an accident report, a Honda driven by 43-year-old David Thomas of Knightdale was going northwest on Perry Creek Road and drifted across the center dividing lane into southbound traffic.

His vehicle struck an Acura head-on and collided with a Ford vehicle.

Thomas, along with a passenger in his vehicle, 35-year-old Emily Thomas, the driver of the second vehicle, 29-year-old Darryl High Jr. of Louisburg, and three children with him - ages 4, 7, and 10 - and the driver of the third vehicle, 42-year-old Brigido Peralta of Raleigh, were all hurt in the accident.